How I (Gently) Weaned My Breastfeeding Toddler 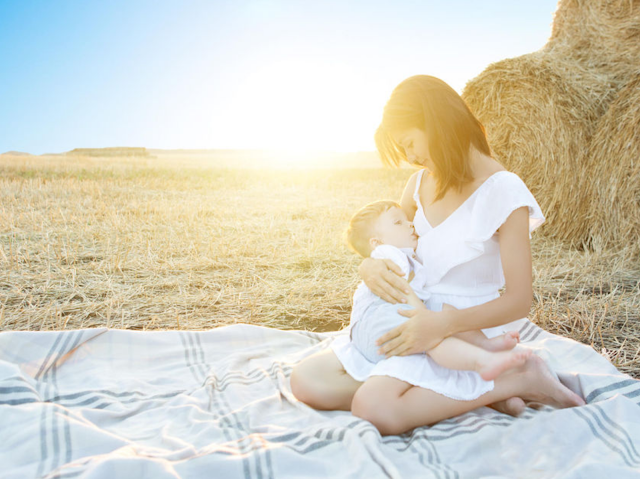 My debut for Parents Magazine.

Real talk: almost didn’t share it here because, uhh, who wants to talk about breastfeeding?! I mean, boobs?! Awkward. 😳

BUT. That’s exactly the point. We’ve gotta #normalizebreastfeeding. Before having kids, most of us have no idea that nursing is such a THING. And then, after you do, ohmigod, is it a THING!!
So let’s talk about it. And let’s help one another succeed. This piece was the advice I needed a year ago and couldn’t find. Hope it can help other gentle-minded nursing mamas. And a big shout-out to Britta Bushnell, PhD, whose wisdom shone light on the path. ✨🌀
A snippet:

Yep, that's right: two months shy of age three. Never intended to nurse that long. God, no. When my son was six months old, I officiated the wedding of two dear students. A mutual friend at the ceremony told me laughingly, radiantly, that her mother had nursed her until she was three.

I thought to myself, "HELL NO."

Yet, there we were."

You can read the rest here. Megan Vlasic said…
I too am am extended nurser. I don't think I've put a whole lot of thought into the hoe or why of it, but have just adapted to this as neither if us were ready to be done. My littlest of 2 is about 31 months. She's super dependent on nursing at night/during night. I am struggling with the need to let this go amd be done with it. Reading your post had me thinking this soundedntoo easy. My problem is I give in too easy. I'm sure none of what you went through was easy. I can't imagine being on the other side of this. Don't get me wrong, I love nursing but I feel like I'm a prisoner at times to this. I have to do bedtime or there's tears which means no mommy time at night. So self care is shot.and then at the same time, I read your conclusion about being done and it makes me tear up. Its one if those things I feel a pull both ways with. Sad to be done and could this be over already. I'd love any more input you could give me. I've had some major skin issues since this kiddo so I'd live to hear more about your dealings with that. Thanks for your post.
October 28, 2018 at 4:34:00 PM PDT

Rach said…
Hi Megan! Thanks so much for your comment, and so sorry for my slow response. I feel you on all of this...so mostly importantly, just know you are not alone. And this, too, shall pass. Night weaning helped immensely (google Dr. Jay Gordon for gentle night-weaning advice, which a wise fellow mama shared with me at that time). I so hear you on just needing to be done. The time comes and it's so important to trust our intuition on that. 31 months is amazing!! What a gift you've given both you and your daughter. Congrats. The whole process was certainly emotional. But I realized the most important part was to just stay with him in his sadness and let him feel safe and heard. Easing our way into it via several weeks also really helped. As for skin, my rosacea is finally gone...four years after it started! I think it was related to nursing hormones. I also pretty much cut sugar out, which helped a ton. The bottom line is yes, unfortunately it doesn't happen overnight; but if you take it day by day, and let her feel her feelings and stay snuggly with her while she does, she will accept the changes and shift her behavior. Feel free to reach out to Britta (the doula/parenting consultant I mentioned in my article) for advice. She is really wonderful and was such a help to me. I wish you ease and joy, connection and relief. Take good care.
November 12, 2018 at 3:39:00 AM PST