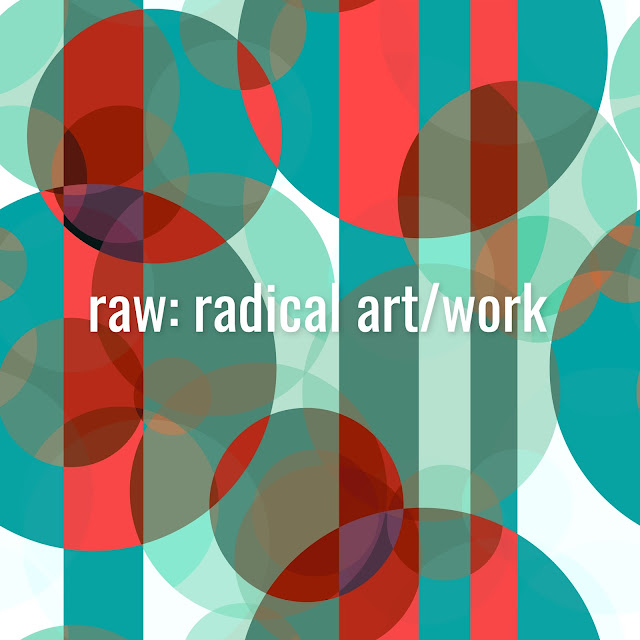 Radical: as in rad, fab; really cool shit, dude; as in strike at the root, rebuild, recreate, revolutionize, baby

Art: as in artist, activist, visionary; as in grassroots source of creativity, inspiration, service; as in maker of beautiful thoughtful intelligent things; as in one who is not afraid to get her hands dirty or raise hell

Work: as in soul work, as in labor that does not suck, as in the kind of holy inspiration that keeps you up late at night and wakes you again at 3am burning with ideas; as in, the opposite of Marx's late-capitalist notion of alienated labor; as in, I f*cking love my job

Lately I've been doing a lot of interviewing and writing about other folks. It's, um, awesome. Between that and the constant podcast-listening, I've come to realize how very wonderful it is to hear other people's stories: where they come from, how they got there, the shitty soul-sucking jobs they worked along the way. I learn so much, just from the witnessing.

Once a week, I'll feature an artist-activist who's doing just this kind of rad art/work, someone who's crafting a stellar project you should really know about, someone whose labor of love gives me hope in humanity at a time when we are needing art and artists more than ever.

I'll throw out the same 20 questions, some serious, some vapid. (Please, please, tell me about your secret pop culture crush.) I want this to turn into an ongoing conversation about art and soul and labor and culture and meaning, and how the hell those things intertwine, and how they can give us hope right now, when we need it most.

So, this week: meet the inimitable Sarah McCarron. 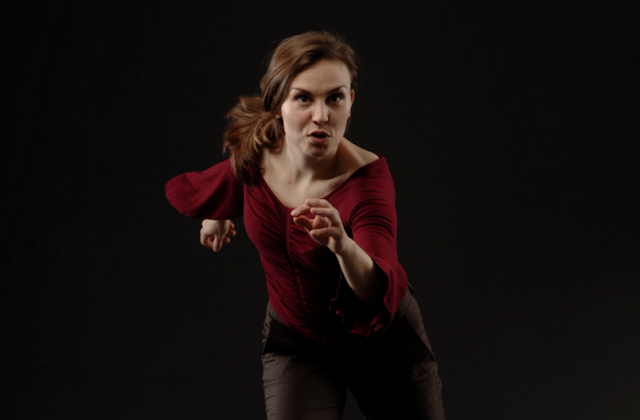 
Who or what introduced you to this medium?
Seeing Simon McBurney’s work with Theatre de Complicite in London was a game changer. The theatrical transformation of space, the alchemical power of embodiment. Life and art were never again the same.

Where do you live and how does your home town/region affect your art work?
I currently live in Los Angeles. A little sleepy town, not a lot of artists here. Nudge nudge wink wink. Despite my better intelligence, I love it here. The dry desert scape of Joshua Tree nearby, the ever present mountains. But I cut my teeth as a working professional in Philadelphia. Philly is an incredible bastion of crackling artistry, community, creativity, support, provocation, rigor, and experimentation. I learned how to write grants to support my work, I learned how to be a collaborator in community, and I learned how to live and thrive as a working artist.

Public or private school education?
Both! D.C. public school for the wee years. Then good old Catholic school, secretly making out behind the convent, until high school – back to public. I do a lot of teaching these days and intersect with various school systems, and I could yammer on about the state of things. All I’ll say now is public education is being hijacked deliberately and public school teachers are the heroes of our day.

Do you have any kind of spiritual practice? What does it look like?
I’ve been practicing meditation for 17 years, and I studied at Naropa University, a Buddhist university founded by Tibetan monk and radical renegade Chogyam Trungpa Rinpoche. I currently practice with the Zen Center of Los Angeles under the incredible powerhouse deeply feminist radical leadership of Roshi Wendy Nakao Egyoku. I cycle through travelling so much that I am often away for months-at- a-time, but do my best to maintain a home practice. I grew up Catholic and I also pray. It’s actually scary to say that out loud. Deep silence. Communion. Christ-consciousness. Contemplative Christianity mixed with Buddhism. And despite all of my meditation, retreats, etc – I find the most spiritual practice of late is just doing the dishes. Being fully present and finishing what I start. And then beyond that, there is the daily practice of not allowing complacency or privilege to excuse inaction or disconnection from the wider world due to hopelessness or overwhelm. I guess to answer, what does my spiritual practice look like, I’d say messy, inconsistent, earnest, gorgeous, moment by moment, and ever steadfast despite temporary bouts of amnesia or insanity.

Three books that changed your life:
The God of Small Things by Aruhdhati Roy
Thomas Merton’s Letters by Thomas Merton
The Wretched of the Earth by Frantz Fanon

Three teachers who taught you something important:
Jacques Lecoq, whose work has taught me how to move and create from the body;
Roshi Egyoku, whose presence and teaching penetrate and transcend language in service of waking us up;
Mrs. Roberts, my Kindergarten teacher who, without shame and with boundless kindness and firm clarity, taught me it is not ok to pinch other kids’ butts without asking.

Virginia Woolf famously said a woman writer needs a room of her own. What do you need to create your art? Any non-negotiables?
If writing a screenplay, I need escape. Preferably a small town in Kansas. Not kidding. Large front porches help. If creating a movement-based theatre piece, the non-negotiables are: collaborators who are playful and love to take risks, studio space, and a healthy supply of dark chocolate. I also absolutely need to remember to hydrate, and take genuine breaks in nature. Fresh air can solve most problems.

One thing that pisses you off:
Monopolies.

Shittiest job you've ever had:
I once was a "nanny" to three billionaire kids. Not exaggerating. One of them was named Fitz. He was 10 and he owned a lion taming company. The other brother was 8 and my job was to hold his tray of food next to him while he played military issued video games on a wall-sized television screen. I'd then have to carry his food behind him when he transitioned to a different game console. The mother/queen of the mansion was racist and when I protested her treatment of one of her maids, she said "Sarah, your job is to put up with me. I pay you and you tolerate what happens here."  I quit the next day.

What advice would you give your 15-year-old self?
Nobody cares. In a good way. Like seriously NOBODY CARES whether you do this or do that. So stop worrying and stop trying to please a fictional other. Pay attention to the difference between what you can control, and what you can’t. One of the things you can’t control is results. What you always have control over is your own thoughts, feelings, words, actions – as well as how you show up to each day with integrity. It is narcissistic to think you need to worry so much over every decision. As long as you learn from everything and continually forgive yourself, you walk in grace. Perfectionism is a disease. You can trust yourself. Find the voice in quiet and live there. Also make your bed every day. It’s really important and makes a difference.

Secret pop culture crush:
It’s a tie between Idris Elba and Kate Winslet. Apparently these two are starring in a film together right now and I may explode.

In five years, what does your art/work look like?
Continuing to maintain balance between experimental body-based performance practice and traditional narrative television/film work – I have a one-hour drama pilot that just received a 10/10 on the Blacklist and in 5 years I’d love to say the series went to production successfully. More collaboration, and finding a way to thread the needle between provocative artistry and commercial viability.

Website and social media links where we can follow you and learn more about your art/work?
www.sarahmccarron.com 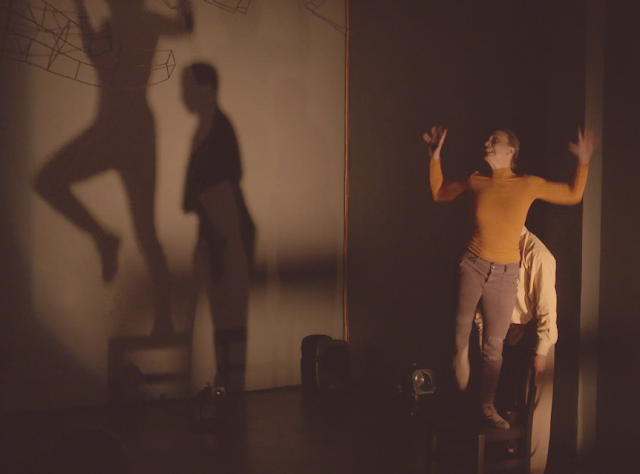 So the thing that Sarah didn't mention is that she's also knee-deep in an incredible new project exploring queerness and marriage.

D.I.Y. is "a comedy about the institution of marriage from a queer perspective that flips the rom-com genre on its head, asking provocative questions about marriage and relationships in today's society. As Josh and Matilda get sucked into the Wedding Planning Vortex, they are determined to do it their own way. Class and gender norms collide in this brazen carnival of non-conforming characters."

Literary critic Leo Bersani is playing himself in the film, as Josh's dissertation advisor.

NOT TO MENTION THAT IT ALSO FEATURES GATES MCFADDEN AND THE DAD FROM BEVERLY HILLS 90210. 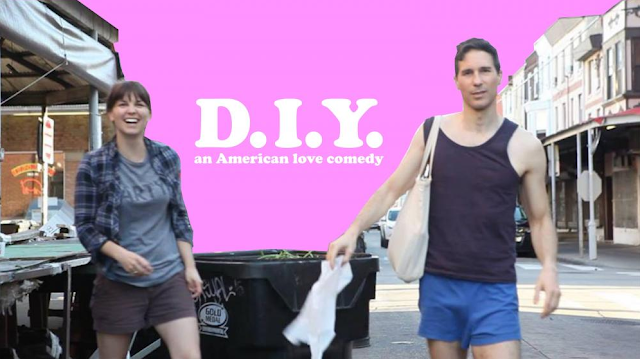 The film has a shot at being produced by the Duplass Brothers (from Transparent and HBO).

Voting for the project ends October 13. It's free to follow, so please help provocative intelligent indie film get made! 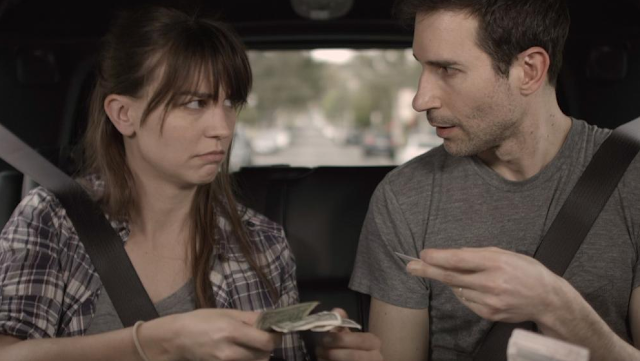