Because you are not alone, and Mother's Day is around the corner. 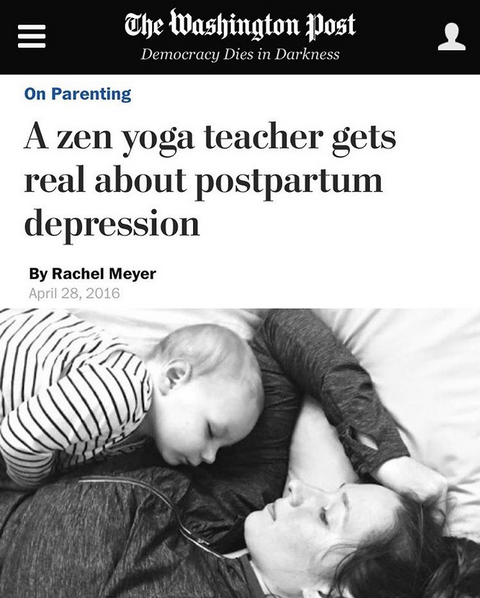 Because every year, some other new woman becomes a mother for the first time and is shattered by the world-rocking shift from fab autonomous independent dame to milk-leaking, diaper-toting, sleep-deprived source of life for a tiny living breathing being she loves more than anything and from whom she can barely grasp a moment alone to shower or eat or sleep. And she thinks she's the only one who's shellshocked by the whole shebang. And there isn't much space for her in perky-new-mama land to be real about all the wonderful and complicated and beautiful and wretched things she's thinking and feeling.

It took me two years to write this piece. I had anxiety for days before it was first published, even though my heart had been hungering to share it for what felt like ages. What surprised me most after it came out — and surprises me still — is the huge number of women who've read it and quietly reached out, saying "Thank you. I see myself in this. You spoke the truth I was afraid to speak. And it made me feel less alone."

May is Mental Health Month, and Mother's Day is around the corner. So share this with a new mama you know who might be struggling to make sense of this exhausting New Normal. Remind her it will get easier; that someday she'll shower and brush her teeth again; someday her kid will eat green beans and popcorn and won't need her body to make his food 24/7; and someday she'll sleep more than 45 minutes at a time. And she'll peek in at her napping toddler and her heart with pulse with indescribable love, even as she's glad she burned that goddamned breast pump in effigy the moment she was done with it.
Labels: babies breastfeeding buddhism feminism gender mental health month mother's day motherhood nursing postpartum depression ppd sleep toddlers writing yoga