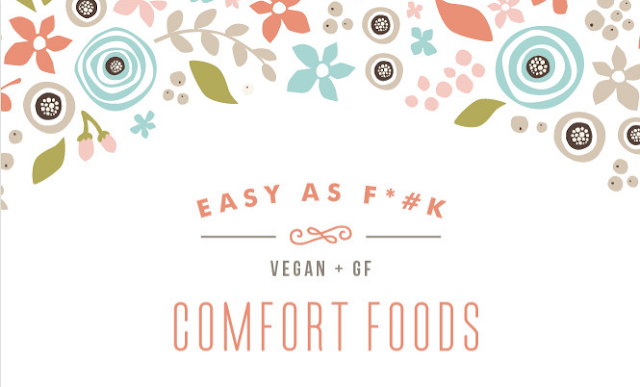 Here we are, January. Four days in. Have you blown your resolutions yet?

I know lots of folks aspire to "eat healthy" in the New Year. That's often easier said than done, right?

I've been meaning for awhile now to throw up some of the favorite easy (vegan & gluten-free) comfort foods that have been rocking my world for the last few months. These recipes are perfect for the lazy non-cook (speaking from experience). They're not fancy and they're definitely not gonna show up in some famous foodie blog (way too many shameless short-cuts involved here).

But most importantly, two things: 1) they're fucking DELISH, and 2) they're vegan and gluten-free.

Going gluten-free back in 2009 was pretty easy, because I immediately felt so much better that it wasn't worth the occasional tempting bagel. But I struggled for a decade to go full-on vegan and stick with it, in spite of being totally ethically and philosophically on-board, mostly because cheese and ice cream are SO DAMN DELICIOUS. Even though my mind knew I'd feel waaaaay better and be waaaaay kinder to the planet/my body without them, I couldn't resist the siren call of melty mac 'n cheese or chocolate chip cookie dough ice cream. It took getting pregnant to really inspire me to go cold turkey.

(Seriously, folks. Shaking those drugs was like kicking heroin.)

What I learned is that the key to turning the vegan corner and never looking back is finding good comfort food substitutes that didn't make me feel like I'd be living the rest of my life deprived. It was no longer a matter of forever relinquishing melty goodness; it was just a matter of finding or creating versions of favorite foods that didn't leave me feeling like shit the next day.

And people, the great news is: it's totally possible! I've done it, and I'm a terrible cook!

So here's the first in what will become a semi-regular series, otherwise elegantly, succinctly known as

For our first installment, you get:

I found this recipe on Detoxinista after trying out a few others from all over the place.

OMG, people: this one is so. friggin. easy. I really never thought it was possible to find an easy go-to homemade mac 'n cheese recipe. I mean, usually, what a pain in the butt, right? But this one you can get done in literally five minutes using only a Vitamix, and it's based on cashews, nutritional yeast, and a few spices. SOLD, bitch.

The first time we made it I already had some leftover naked noodles in the fridge, so I just warmed those up, added some quick broccoli and peas, and poured the cashew cheese sauce on top. Heaven. You can also add frozen chopped spinach or cauliflower, too. It's good however you do it.

All you have to do to make this recipe gluten-free is to use brown rice or quinoa-based noodles. My new favorite trick is to use the organic black bean spiral pasta at Trader Joe's, so my kid gets a ton of protein while thinking he's just scarfing down delicious mac 'n cheese. We even tried long spaghetti noodles last time, and those worked well, too. The original Detoxinista recipe calls for baking it, but we usually don't even bother with that, and just dive in.

This one's a big hit with both guys in my household. We make it at least once a week, and will be making it for years. Highly recommend introducing it to your rotation of regular hits.

Ok, so this is another easy vegan substitute that will make you forget Ben and Jerry's ever existed. My little guy is two and he loves to help me make this. And I love the fact that he can eat "ice cream" without getting his insides glued-up by all that antibiotic-laced cow's milk junk that's really only meant for baby cows to eat.

I'm a firm believer in the whole "just throw shit in" approach to cooking, so apologies in advance for a not-very-specific recipe here. You really can't mess this one up. If you want more of an official recipe, check out this example over at Bowl of Delicious. But even that one is fancier than we usually go for.

Yesterday, for example, we just threw these ingredients in the Vitamix and voila!


Two fresh bananas
A couple tablespoons of baking cocoa powder
Hemp seeds
Chia seeds
Vegan protein powder (see how I'm sneaking in a ton of protein and my kid doesn't even realize it?)
A big scoop of almond, sunflower, or peanut butter
A strong pour of coconut or almond milk
Ice cubes

You're smart, you can figure out proportions. Experimenting with it is part of the fun. I like to add some coconut shavings, or peppermint extract, or frozen cherries, to play with different flavors. And if you REALLY want to re-create your beloved chocolate chip cookie dough ice cream, buy a few Cookie Dough flavor Lara Bars, chop them up, and throw them in. Perfection.

We used this recipe to make sweet-ass chocolate robot popsicles the other day, too. Fill up your popsicle molds and you can enjoy chocolate treats that won't send your kids' blood sugar through the roof. 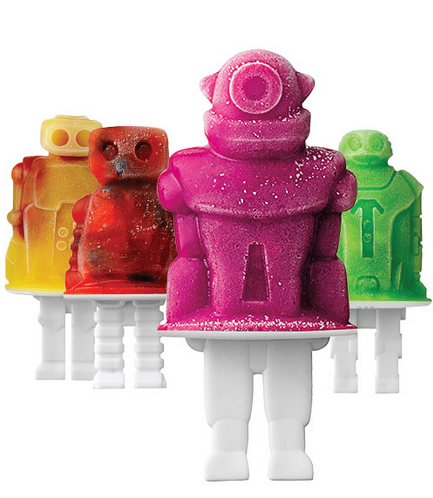 Look forward to a belly-friendly twist on your favorite Italian classic and killer pumpkin protein balls to come.

In the meantime, start noshing. And don't be surprised to find mac 'n cheese on the menu next time you roll over for dinner.