I'm not going to vote for a moderate war hawk just because she has a vagina. That's not how feminism works.

Ok, can I say something?

It's not PC and it's not safe and it's not pretty. But I am so tired of keeping my mouth shut and trying not to piss anyone off. Trying to be some neutral soft-spoken yoga teacher without opinions. I can't do it.

Just last night, the mainstream media (led by the AP) suddenly, magically, decided that Hillary Clinton had "clinched the Democratic nomination." What a coincidence! The night before the YUGE California primary (+ 5 others), and on the basis of "surveyed" superdelegate counts: votes which won't even be cast until July 25th. Now every major news site is leading off with triumphant stories about how Hillary's the one and she's breaking the glass ceiling and hooray, ladies, we did it! And all the Twitter feminists-of-a-certain-age are celebrating this supposed lady-victory and wishing their mothers could be here for this moment.

Here's the thing: I'm a feminist. I did undergraduate and graduate degrees in feminist theory. I read and write and live and breathe feminism. I raise my son feminist.

I'm not going to vote for a moderate war hawk who was against gay marriage until 2013 just because she has a vagina. That's not how feminism works.

Feminism means fighting climate change and ending the death penalty and paying for college and providing universal health care and supporting gay marriage and fighting against segregation and inspiring grassroots progressives and independents of every age and race and class in service of the 99%.

I will vote for Hillary in November if I have to. Maybe. I will begrudgingly support the lesser of two evils, a candidate bought and paid for by big money.

But now?! Now, when I have a choice?! Now, I'm voting for an old man from Vermont. Not because he's a man. Because he's a feminist. And because his progressive vision calls for the kind of political revolution we so desperately need.

So, my California peeps, and everyone else: even though the media tells you it's already over: VOTE. Today. Get out there. Do it. This primary race is not an anointment. It's not a coronation. And if the voice of the people will be heard, it's up to each of us to make it happen. 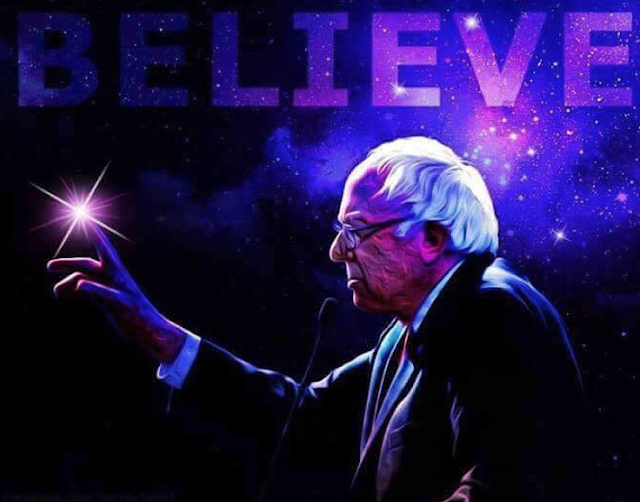