When I'm An Old Lady, I'll Be Glad I Took This Picture 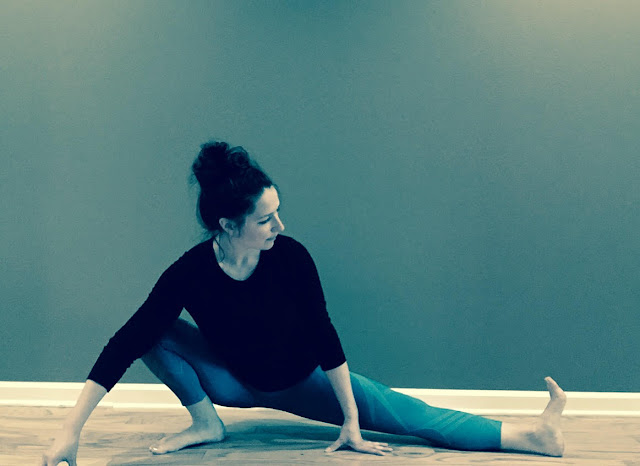 This is a selfie.

I talk a lot of shit about selfies. Have for a long time. You know, that they're narcissistic and precious and self-conscious and misguided and pretty much the downfall of the yoga world these days. All about "The Gaze," all about "being seen" rather than just "being." The practice lost to the performance. No small thing.

But, shit. That's a goddamned selfie.

And you know what?

I fucking love it.

Do you know how people take yoga selfies? There's not a single graceful thing about it.

That effortless Handstand-on-the-beach? She took 62 shots of that and they were all sandy and shitty. That relaxed Pigeon in the park? He ran back and forth to the camera 17 times before he could actually get into the pose in time. That Natarajasana on the mountain top? She about lost her shit and fell into the Grand Canyon.

I had to prop my iPhone up on a wooden stool and stack a children's book on top of the stool and then a Vitamix pitcher on top of that, and lean the iPhone precariously against the blender. My kid was napping and he'd already been asleep for two hours and was due to wake up any second and my husband was at the gym and it was just me and the afternoon light and my stupid smartphone there for a few rushed minutes. I'd just finished an hour's practice listening to Elizabeth Gilbert and Brene Brown and Cheryl Strayed and was feeling open and strong and unraveled and said to myself, Ahhhhh, fuck it,

I want to take a goddamned picture of this healthy strong bendy resilient 37-year-old body of mine.

So I propped up the shit and turned on the light and set the timer for 10-second-delay and hurriedly softly carefully pushed the button on the precariously-blender-supported iPhone and ran over and dropped on my butt on the wood and took some goddamned selfies.

And most of them suck. Most of them have a foot cut out or a knuckle missing or a hideous slant. Or my thighs groan like hamhocks or my red cheeks glow even in the shit lighting.

But you know what?

We are not supposed to say that out loud.

We are not supposed to admit that.

When you call yourself beautiful, and really mean it, you are no longer prey to their not-enoughness.

And goddamn, if that isn't liberating.

My first childhood dance teacher just died. Nevorah, she of the long legs and the fishnets and the high-heeled tap shoes and the vague resemblance to a 63-year-old Lucille Ball. (At least in my 5-year-old mind's eye, that is.)

She who hoofed it out with us up on the second floor of a dusty wooden studio there in Brookings, South Dakota, Nevorah and my sister and me, tapping it out to the Beach Boys and Me and My Shadow and god knows what else.

You don't realize the huge impact you can have. Even then, I looked at her and thought: I want to be like this woman. I want to move through life like this tall elegant creature. I want to be able to kick my nose when I'm 63.

Talk about motivation. I think of her still.

She ended up an elderly woman with a broken hip and a dancing spirit. (As we all do, if we're lucky.) And she surely had no idea what an impact she made on a shy little South Dakota girl.

And I realize, even now, that one day I'll be the one in the recliner with the oxygen machine and the twinkly eyes and the broken hip.

So I'll take the damn selfie, in the body that still bends, wearing three-year-old hand-me-down leggings from a teacher-friend and an old black shirt from Target, make-up all sweated off, heels cracked.

And I'll look at that photo and feel like a fucking queen. Regal, all size-8-and-not-size-0 of her. And I'll raise a glass to what she has been through, and that size-0 does not equal joy, and that picnics and books and coconut milk chai teas do, and the baby that body has grown and birthed, and the cupcakes she's eaten and the broccoli she's cooked and the stairs she's climbed and the house she's built and the dirt she's tilled and the lawns she's mowed and the airport floors those hips have slept on and the wooden floors those bare feet have danced on and the crow's feet those eyes have earned and the pots of coffee she's chugged and the grey hairs coming in and the tired eyes who've not slept for two years and the cracked heels and the stubbed toes and the despair and the delight and all of it right there in that body

There is no-self. (Haven't you heard?) Anatta, no-self, that idea that we exist only in relationship, that our notions of permanent selves are ever in co-creation, ever fluid. It's a Buddhist thing. But it's also process theology, and ecofeminist theology, and yoga.

I always give a private nod to this reminder at the end of every class. Right as folks are rolling back up into their seats for the final OM, I lead them through one last oh-so-simple head circle, rolling their heads first slowly to the right, and then reversing, circling to the left.

I do it for me, selfishly, that one day if the only yoga-asana my body can manage to do is a simple neck roll, I might remember that it's holy, and it's real, and good, and life-giving, and that I've been practicing for that moment all my life.

I do it for you, too, that even if you don't realize it, you might one day give yourself the same grace, if your body will no longer let you stand on your hands or fly into Hanumanasana.

You are not "you." You are not your selfies. You are not your twists or your arm balances or your vertical splits. You are just this moment. This Sunday-afternoon squeezed-in selfie before the iPhone fell to the floor and the kid woke up and the husband got home and the light changed.

Isn't that a relief? 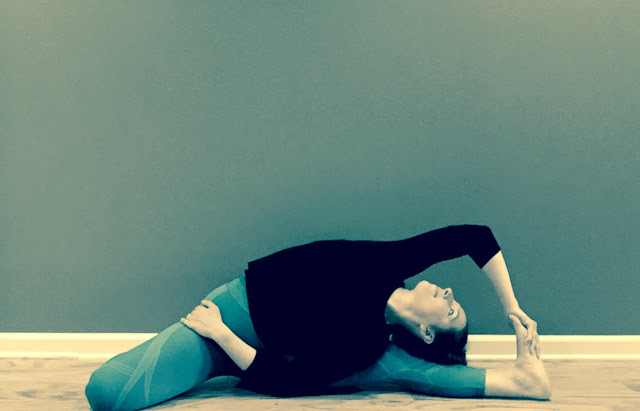