Pick The Plums. Wipe The Nose. Mow The Lawn. 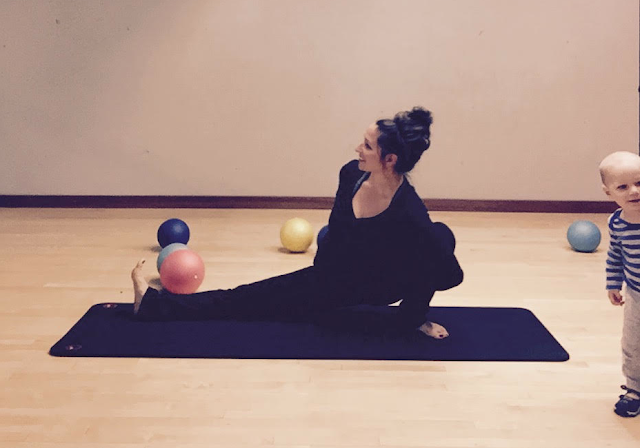 The other day, lovestruck, I dashed off a quick FB post before running out the door:

The plum tree in our backyard is Going. Off.

Yesterday we gave brimming bowlfuls to our fairy godmother nanny and our friend Chris. I ate 3 for breakfast. This morning around 7 my kid and I went out to collect more (so many had ripened overnight!) and he was in plum heaven, looking up at the leaves shouting "Balls! Balls! Balls!" with wild disbelief. We'll take another bowlful to a birthday gathering this afternoon.

They're tart and lush, and I can't get over how abundant I feel standing out there picking them under the sun. That I didn't do anything to earn this bounty. How time seems to freeze, and I could easily be my grandmother, or hers, in that moment. And how thrilled my kid is to just run around the house with a plum in each sticky hand. All morning. Til the juice leaks out into his hair and his eyebrows.

I can't remember the last time something so mundane gave me so much joy.


Nearly two weeks later, the tree's still going bazooka. We've got plums up to our ears. And they're better than ever. In spite of the drought. In spite of the fact that I'd long ignored that tree until the day it decided to overwhelm us with ripe fruit. 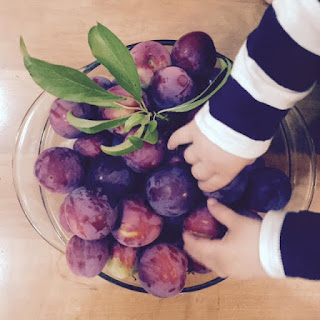 The whole thing feels very much like grace. The kind of grace we talked about in 7th grade Lutheran confirmation class, in the dingy basement of an old church in Lincoln, Nebraska. Grace being the unearned love, the unexpected bounty. The kind of blessing that comes whether we work for it, or deserve it, or asked for it, or not.

Grace. The grace of those ripe plums falling off the tree and landing heavily, gushingly, on the ground. More quickly than I can pluck them.

Grace. The fact that some anonymous someone, once, one unremarkable day, planted a tree that he or she would never see produce fruit.

Grace. The ability to see the little blessings in our lives that are so often so easy to overlook.

Duke has been sick now for a good two weeks. What started as a runny nose caught at the children's museum a few Saturdays ago turned steadily into an oozing green monster clogging up his nose and glomming up his little eyes with crusty monster gloms.

He's been up, feverish, restless, every night, hardly sleeping. Chattering through the fever dreams with words and sentences I'd never known he was capable of speaking.

Then it moved into his chest and now our sweet little 16-month-old wonder has been hacking up mucus for days like a 19th-century tuberculosis patient.

It breaks my heart.

He is chirpy as ever. Happy-go-lucky. A little more cuddly, certainly, with zero appetite, but essentially himself.

It breaks my heart.

I mean, your kid suffering? It's pretty much the worst goddamn thing you could ever witness. I don't know how any parent bears suffering of a greater depth than the common sinus infection. I can't even think about the fact that he's due to suffer down the line because he's been born into a human body that will age and break and love and hurt and lose and grieve. It's too much. I want to take it all on right now, so he doesn't have to, ever.

And yet, of course, that's not life-giving, nor is it at all edifying for him, in the long run.

Fifteen years ago, I discovered Joanna Macy's work in a dusty corner of the University of Delaware Morris Library, and her words have followed me ever since. She's an ecofeminist Buddhist scholar who draws the most beautiful threads between ostensibly unrelated bits of our lives. She writes:

The heart that breaks open can contain the whole universe. Your heart is that large.


This sentence has been the living-and-breathing, thumping, rushing heart of my practice and my teaching and my writing ever since. It speaks so much truth. Reminds me of the universality of suffering, big and small. And having a child certainly makes me realize that the way my heart breaks when he suffers offers me the vastness of the entire universe in one breath. 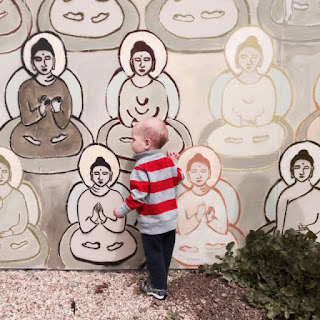 The cherries are ripening, too. I didn't even realize we HAD a cherry tree until I took Duke out one morning to harvest the ever-zooming plums and turned around to see cherries on the tree across the yard. We went out this morning and tasted them. They're soft and fruity and not tart at all. I've got a recipe buried somewhere for an old cherry bundt cake. I think it called for scary cherry-flavored gelatin or something else gross. We will adapt it. But there will definitely be plum and cherry crisps coming out of this oven as soon as I can get a few minutes alone with my paring knife in the kitchen.

It's been a nerdy pleasure to wash and dry and pack and share the plums over the past two weeks. Seeing the delight on students' faces when they bite into one out of the bowl after class. We took a bowlful into the pediatrician's office last Friday and the nurses lit up.

And yes, it's a cheesy-ass yoga cliche to talk about how one tiny action can ripple out to affect others. The whole butterfly effect idea, you know? That whole "as within, as without" idea. That we start small by creating peace and joy and tranquility on the micro level, on our mats, in our own minds, and then, sure enough, that stillness ripples out until it creates peace and joy and tranquility on the macro level.

I can't stop thinking about how some anonymous person planted those trees decades ago; what, 20 or 30 years, maybe? I don't know fruit trees very well. But they planted them, and maybe watered them a few times, and then left, with no expectation of return on their investment. And look at the joy, the magnified joy, that has come of that simple little action!! Incredible.

And maybe they aren't so little.

The other day while Duke slept, I read this article from the NYT.  In "Mow The Lawn," Roger Cohen writes:


I’ve grown suspicious of the inspirational. It’s overrated. I suspect duty — that half-forgotten word — may be more related to happiness than we think. Want to be happy? Mow the lawn. Collect the dead leaves. Paint the room. Do the dishes. Get a job. Labor until fatigue is in your very bones. Persist day after day. Be stoical. Never whine. Think less about the why of what you do than getting it done.

I remember the excitement of being about 10 years old and learning how to mow the lawn. We lived on a good quarter-acre lot and it required a fair amount of mowing. My dad always had a fleet of half-working John Deere riding lawn mowers, and one day he taught me how to drive. 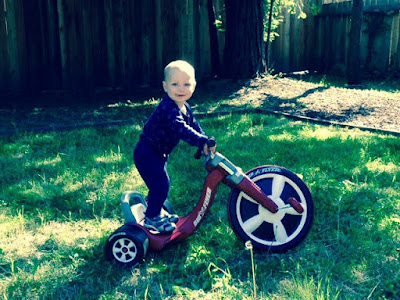 I was driving! A moving vehicle! By myself! Under the sun!

Well, of course I did.

And after a few years of mowing the lawn singing Rodgers & Hammerstein showtunes at the top of my lungs under that prairie sky, I graduated to a shitty little Dodge Omni. And I experienced that same moment of incredible liberation, of revelation, the joy of getting behind a wheel and going wherever I wanted, whenever I wanted, by myself.

And again I told myself: "Don't you ever take this for granted. Don't you ever forget the rush of being alone in a car going wherever you want like a grown-up. Don't ever forget how in this moment there's nothing else in the world you could imagine would ever make you so happy again."

And, of course I did.

And the wild joy passed.

And what was once thrilling (mowing the lawn! driving a shitty hatchback!) became mundane, run-of-the-mill, not enough.

I grew sick of getting bruises on my knees when the riding mower's front wheel lurched into unseen gopher holes, barreling my body forward.

The world kept turning. Buddhism calls this the universal experience of lack, of dukkha (suffering, or restlessness) that comes of desire; the kind that leaves you craving and wanting more. The kind that makes you think there's always something bigger, better, more fulfilling, more exciting,

I've been thinking about this of late. I think about it in the mornings when I wake up and wish I were gazing at the Mediterranean in some sparkling Greek resort instead of stumbling into the kitchen to make coffee. I think of it when I'm wiping sunflower butter and brown rice off the floor and feeling like a janitor. I think of it when I wake for the 10th time that night to a crying restless feverish little man who wants only to be nursed and held and loved, and I'm so very tired, and my reserves are empty, and I wonder if we will ever feel rested again.

But there are always moments — moments like the ones under the plum tree — wherein I pull back and really see it all with clear eyes and it's all Vishnu, it's all God, it's simplicity, it's the quiet daily holiness that reminds me how sacred this ordinary existence really is. Vishnu the Preserver, he in Hindu mythology who governs our unsexy day-to-day grinds, the God of small things, the Zen-like quality of mundane sacrality that comes in the peeling of the potatoes and the picking of the plums and the mowing of the lawn.

Our plum tree has a few days left, max. The ground beneath is covered now with rotting fruit. Maybe we'll see a few through til the weekend, if we're lucky. The cherries will be done soon, too, and then, other than a middling fig tree, that'll be it til next June.

So you love it while you've got it, knowing it will always, all, pass.

And you remind yourself: Don't you ever take this for granted. Don't you ever forget how in this moment there's nothing else in the world you could imagine would ever make you so happy again.

And you know you'll forget.

But you do it anyway. 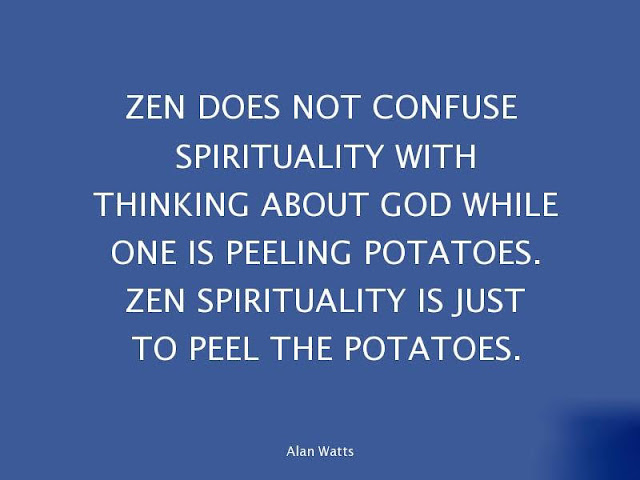 Felechia said…
Beautiful. Your story made me remember going with my grandmother to pick plums in an abandoned yard near their farm in The Great Sandhills. I don't know how long the house had been empty, but the plum trees kept on blooming and she kept on making jam.
June 25, 2015 at 6:38:00 AM PDT