The most precious wedding gift I could ever receive. 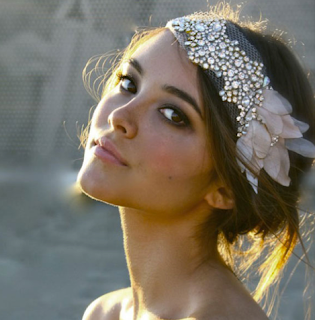 Saturday is our wedding day.

College friends have already arrived from the East Coast, my siblings (who haven't been all together in 4 years or so, I'm guessing?) are on a plane as I write, the wedding bulletins are folded, placecards are addressed, and final details are coming together with surprising ease and grace.

I guess making those 72 obsessive-compulsive lists paid off in the end.

I taught my final class last night. Not back in the studio again for three weeks. (Feels strange!) We had time to hike and practice yoga together today. And the weather's clocking in at a dreamy sunny and 82.

What can I say? Already this week feels like a gift.

Gotta tell you, though; we received something that trumps all of that a few days ago.  Sunday afternoon I came home from teaching to find an email from my cousin John in Nebraska.

My father had performed John and his now-wife Nici's wedding 10 years ago in August of 2003. He had spent the previous year undergoing chemo, radiation, and drastic surgery for esophageal cancer. Having gone into remission that summer, he was back in the saddle behind the pulpit, although still weak and somewhat a shadow of himself. I picked up where I'd left off the autumn before and made plans to follow through with my original notion of moving to San Francisco to go to graduate school. John and Nici's wedding service was literally one day before I packed up my old red Ford Festiva with everything I owned and drove out on I-80 to live in a 1910 flat on Lower Nob Hill, sight unseen.

When we knew the end was near, about 3 weeks before my dad died, I flew out to Nebraska for a quick weekend in early April 2005 to say goodbye. We sat and talked there by his hospital bed in the living room, recording the conversation on an old tape deck (though I've never yet had the strength to listen to it in the years since).

At one point, he asked me, in his frail voice: "Rach, do you think you'll really never get married?"

And I proceeded to outline all the firm reasons I didn't believe in marriage and why it was a hopelessly-failed institution and oppressive and rooted in the exchange of property and blah blah blah.

And he raised his head, straining every muscle in his skinny little neck, and looked at me with clear blue eyes blazing out from under his heavy tired eyelids, and he said: "Yes. Sometimes it SUCKS."

"But it's an adventure. And I'd hate for you to miss out on that."

I think he would be very proud today to be prepping a wedding sermon for his bossy, fiercely-independent, feminist daughter.

As a wedding gift for the Mister and me, John had painstakingly transferred the 10-year-old 8mm tape to a VCR and then to digital format, finally uploading it on YouTube. I followed the link he sent, and there, in front of me, these 10 years later, unfolded a video of my father offering a wedding homily to John and Nici — likely the same words he would have spoken at my wedding this weekend, were he still alive.

There is so much joy involved in a ritual like a wedding.  I feel it overflowing even now, before most folks have even arrived. Robb and I are crying like little girls every time we receive a sweet unexpected card bearing good wishes or open a package sent with so much love. And don't even get me started on the waterworks that come with reading through the ceremony liturgy.

But, with sacred ceremonies like this one, when you've lost a parent, there is also a great deal of bittersweetness that simply can't be brushed under the carpet. As a kid, you never expect that your parents won't be present for something like your wedding. Growing up, we always pictured our Lutheran-preacher father standing at the front of the church blessing our marriages and baptizing our babies. The sorrow of that absence is one that any child of loss will feel, even on such a joyful day as this.

So John's offering us this most precious gift — the first glimpse of my father in action, familiar hand gestures and vocal inflections and all, in the 8 1/2 years since he passed — was perhaps the most incredible treasure I might ever receive. Robb and I sat on the sofa and watched my father offer his wedding advice, and it was the first time in all these years that he's ever "met" my dad. Talk about a sacred blessing. Talk about a welling-up of joy and gratitude. No registry, no fancy wrap, and no expense necessary.

We'll be singing a hymn at the wedding that we sang at his funeral. The same song that was sung at our baptisms, my sister's marriage, and her children's baptisms. Shiva's cycles of life, that cosmic dance of creation-preservation-destruction, moving full-circle.

Thank you, John, for your thoughtfulness. My wedding felt "made" already way back on Sunday.  You could have given us no greater gift.

Unknown said…
So beautiful. Both my parents died before I married, and with each new adventure in the growth and blossoming of my children I miss them more deeply.
Love to you and Robb now and in the future.
Joey
September 18, 2013 at 10:04:00 PM PDT

Jess Baron said…
What a great Dad! So glad this man helped bring you into this world. I'm in tears of of joy for you and Robb to get to share this. Wishing you all a magical wedding day. I can already picture the love in your eyes and your beautiful and genuine smile on your special day. Much love, Jess
September 19, 2013 at 4:38:00 AM PDT

Anonymous said…
How beautiful is all that you are sharing? Congrats on your wedding day, and blessings in abundance! love from mn
September 19, 2013 at 6:26:00 AM PDT

Anne Schmall said…
Rachel, congratulations on Your upcoming nuptials. I believe that John's and my wedding was the last one your father participated in, we felt so blessed that he was able to come to Hastings and spend the time with us. We think of him often and sometimes at the most random things. God's blessing for you and your family.
September 19, 2013 at 4:03:00 PM PDT

Anonymous said…
Rachel, This is Brandon Lee and Jill Hernstat forward this amazing story to me! It brought tears to my eyes and I'm so happy for both you and Robb!!! It was great meeting both of you at The Memorial service you did in SF.

It will be a very special day indeed! Keep sharing your beautiful wisdom, we all learn from your insight and thoughtfulness.

All the Best,
Brandon Lee