The historical Jesus meets Fox News. Pour yourselves a cocktail. It ain't pretty.

Monday morning, and I've got God on the brain.

Jesus coming out of every corner.

Trying to remain calm. But almost — really, almost — triggered to throw my hat back into the (theological) ring and throw a few punches.

Witness: this Fox News interview with Reza Aslan, (brilliant, seriously-academically-pedigreed) author of Zealot, a new book about the historical Jesus.

Aslan's book, "Zealot: The Life and Times of Jesus of Nazareth," pieces together gospel and many historical sources to paint a picture of Jesus and the time in which he lived.

"You're a Muslim, so why did you write a book about the founder of Christianity?" Green asks at the beginning of the interview.

"Well, to be clear, I am a scholar of religions with four degrees, including one in the New Testament, and fluency in biblical Greek, who has been studying the origins of Christianity for two decades," Aslan says, "who also just happens to be a Muslim."

This wouldn't be the only time Aslan had to remind the host he was a religious scholar and an academic. As a professor of religion, Aslan says, "that's what I do for a living, actually."

Later in the interview, Green likens his writing on the topic to having a "Democrat write a book about why Reagan wasn't a good Republican. That just doesn't work."

"It would be like a Democrat with a Ph.D. in Reagan who has been studying his life and history for two decades writing a book about Reagan," responds Aslan.

If that evidence of mass-media Islamophobia wasn't enough to make you already slam your laptop shut and mix a morning cocktail, then hang with me here. There's an upside.

Contrast, now, this "fair and balanced" interview by former beauty queen and piano player "religious expert" Lauren Green with that conducted by John Oliver, who's rocking it as substitute-host for Jon Stewart over on Comedy Central right now.

Oliver featured a 3-part interview with Aslan just two weeks ago, and it's awesome. Watch the two extended online-exclusives after the first one. That's where it really gets good.


The irony is that Fox's embarrassing interview has meant great exposure for Aslan's book. It's getting a ton of media coverage. Which is, of course, fabulous.

This on the heels of Pope Francis's pretty remarkable statement over the weekend that he'll not be judging gays. Because that's not what a Christian should do.

("If someone is gay and he searches for the Lord and has good will, who am I to judge?")

And while we're on the churchy-church bit: check out this excellent piece from CNN's Belief Blog on Why Millennials Are Leaving The Church. Head nods all around as I read. Oh heck, I'll just post a big chunk here, and you'll see why:

Why Millennials Are Leaving The Church

At 32, I barely qualify as a millennial.

I wrote my first essay with a pen and paper, but by the time I graduated from college, I owned a cell phone and used Google as a verb.

I still remember the home phone numbers of my old high school friends, but don’t ask me to recite my husband’s without checking my contacts first.

I own mix tapes that include selections from Nirvana and Pearl Jam, but I’ve never planned a trip without Travelocity.

Despite having one foot in Generation X, I tend to identify most strongly with the attitudes and the ethos of the millennial generation, and because of this, I’m often asked to speak to my fellow evangelical leaders about why millennials are leaving the church.

Armed with the latest surveys, along with personal testimonies from friends and readers, I explain how young adults perceive evangelical Christianity to be too political, too exclusive, old-fashioned, unconcerned with social justice and hostile to lesbian, gay, bisexual and transgender people. 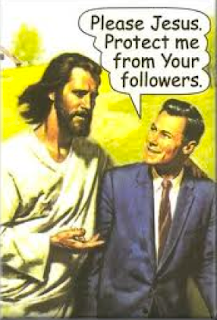 I point to research that shows young evangelicals often feel they have to choose between their intellectual integrity and their faith, between science and Christianity, between compassion and holiness.

I talk about how the evangelical obsession with sex can make Christian living seem like little more than sticking to a list of rules, and how millennials long for faith communities in which they are safe asking tough questions and wrestling with doubt.

Invariably, after I’ve finished my presentation and opened the floor to questions, a pastor raises his hand and says, “So what you’re saying is we need hipper worship bands. …”

And I proceed to bang my head against the podium.

Time and again, the assumption among Christian leaders, and evangelical leaders in particular, is that the key to drawing twenty-somethings back to church is simply to make a few style updates – edgier music, more casual services, a coffee shop in the fellowship hall, a pastor who wears skinny jeans, an updated Web site that includes online giving.

But here’s the thing: Having been advertised to our whole lives, we millennials have highly sensitive BS meters, and we’re not easily impressed with consumerism or performances.

In fact, I would argue that church-as-performance is just one more thing driving us away from the church, and evangelicalism in particular.

Many of us, myself included, are finding ourselves increasingly drawn to high church traditions – Catholicism, Eastern Orthodoxy, the Episcopal Church, etc. – precisely because the ancient forms of liturgy seem so unpretentious, so unconcerned with being “cool,” and we find that refreshingly authentic.

We want an end to the culture wars. We want a truce between science and faith. We want to be known for what we stand for, not what we are against.

We want to ask questions that don’t have predetermined answers.

We want our LGBT friends to feel truly welcome in our faith communities.

We want to be challenged to live lives of holiness, not only when it comes to sex, but also when it comes to living simply, caring for the poor and oppressed, pursuing reconciliation, engaging in creation care and becoming peacemakers.

Now these trends are obviously true not only for millennials but also for many folks from other generations. Whenever I write about this topic, I hear from forty-somethings and grandmothers, Generation Xers and retirees, who send me messages in all caps that read “ME TOO!” So I don’t want to portray the divide as wider than it is.

But I would encourage church leaders eager to win millennials back to sit down and really talk with them about what they’re looking for and what they would like to contribute to a faith community.

Rachel Held Evans is the author of "Evolving in Monkey Town" and "A Year of Biblical Womanhood." She blogs at rachelheldevans.com. The views expressed in this column belong to Rachel Held Evans.


AMEN sister, on all accounts! Especially on the coming full-circle back to high liturgical traditions because of their seeming unpretentiousness and authenticity. Amens, all around.

Bottom line: conservatism does not equal Christianity. Conservatism is gonna be the death of Christianity, unless folks can start to figure out RULL quickly that hate speech, abolishing civil rights, taking everything frigging LITERALLY, and protecting the interests of the big over the small and the powerful over the weak is simply 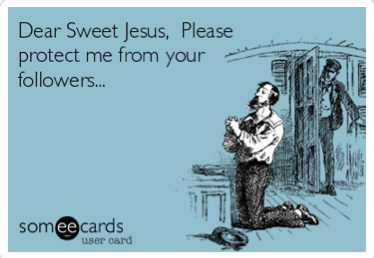 Who are you worshiping? And what?

Finally, in some good (great) news: my yogi sister Katie Silcox has a balm for all of these wounds. Please read this piece from her blog: "How Real Deal Christians Schooled This Yogini on Love and Forgiveness". It'll give you heart — and hope.

Yoga-mat-carrying-chics could learn something from bible-carrying chics. I should know. I got schooled by some sassy, suit-wearing lady-preachers this past year when I moved back down south to Virginia, land of the notorious Bible Belt.

A few months back I had a big ole’ fat case of the poor-me’s. A mind gremlin had actually wrapped her slimy webbed palms around my head and heart. She was ruthless, loudly blaring things into my heart space that made me wanna’ give up on my dreams and get in bed with a box of Chex-mix and a block of cheese.

Luckily, my mama (Vera) was around to pull me out of funk-city, dragging me kicking and screaming to a bible study. The last time I had been to bible class I was wearing MC-hammer pants, braiding friendship bracelets and listing to Toni Braxton. Needless to say, I was less than thrilled at the prospect of revisiting that awkward time of my embodiment.

“I demand it,” she said. “You are coming with me to my ‘little’ bible study.”

My mom always calls it her “little” bible study. Its as if by adding a diminutive qualifier to the whole charade she can somehow fool all the other non-Christians into overlooking what clearly proved to be a Jesusy-Tantrik, Christ-Worshipin’, Lady-Witch gathering, complete with scented oils, speaking in tongues and the laying of hands.

Little, my ass. There is nothing little about my mamas bible study. Not only are most of the women buxom and juicy, but the unapologetic spiritual dexterity and prayer-filled dedication of these Jesus-loving ladies made me wonder if we yogini gals had a few things to learn from them.


Read the whole thing. You'll be glad you did.

And that's all the God-tawk I can muster on this cool, foggy Monday morning. Grateful for a new intellectual hero in Reza Aslan, that's for sure, and for knowing there are intelligent folks like Reza and Rachel and Katie who are unabashedly saying what needs to be said. Time for this one to head out for a hike and march off some of this steam.

Forlorn said…
It is really interesting, and its good to see it is not a "us vs them" mentality. The interviews were...um fascinating as well. The first one with Lauren what's her name was a joke really, i mean it was pointless really. I do like your essay as well, really well written and explaining the changing dynamic and the struggles youth experiences today.
September 3, 2013 at 9:31:00 PM PDT