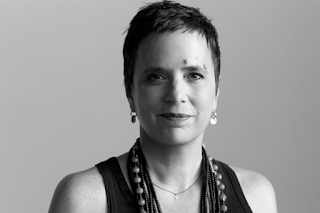 Origin Magazine is running a couple of powerful interviews with two artistic-creative-inspired-fiery-unapologetically-activist women whose work over the past decades I have always very much admired.  Here are a few excerpts from both interviews that particularly sang to me:

Eve Ensler, creator of The Vagina Monologues, author of The Good Body, and much more:


CP: Who are the women that have affected you most in your life, and how have they shaped who you are today?

EE: Definitely women rock-and-roll stars like Tina Turner and Grace Slick had a great impact on me. When I was growing up in the ‘60s, I was influenced by a combination of writers like Toni Morrison, Virginia Woolf, and Sylvia Plath. Adrienne Rich, Audre Lorde, and June Jordan all had an enormous impact on me. A lot of women writers made me aware of the fact that it was possible to say what seemed impossible to say at that time. But I think that it was really rock-and-roll stars, women who were breaking boundaries with their bodies and their voices and their beings and their music. I spent a lot of time at concerts,just watching women rock out. They expressed so much of what I believed could be possible.

CP: Those are women who are filled with energy and fire—feminine fire.

EE: Exactly. I literally would go to see Tina Turner any opportunity I had because being in the presence of Tina Turner was like being in the presence of transformative energy, and feminist transformative energy. I remember thinking to myself, whatever this is, it’s revolution. Whatever this is, it’s change embodied in a woman. What I’m really interested in is that embodiment of change. Because political change and academic change and intellectual change are obviously crucial, but they don’t necessarily change society. They can change a particular class and give everybody in that class great arguments, but that doesn’t necessarily translate into the body of the culture. Rock-and-roll was an example of change in the body of the culture. I think it’s really what helped bring the anti-war movement to its peak and moved people into the streets to seize the day—the movement was the embodiment of what was happening in the music. This is what taught me that it was possible to bring art and activism together. Without that piece, that energetic embodiment piece, the rest is just intellectual construct.... 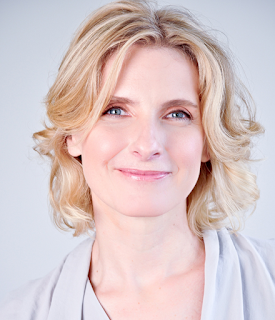 EG: All of women’s stories in the 19th century had either one of two endings: you either had the good Jane Austen marriage at the end and you were happy; or you had the terrible Henry James savage downfall because of your own hubris as a woman, or you’ve made some great error leading you down a path to ruin. One is the story of love that’s successful and the other is the story usually of reckless love that goes terribly wrong that destroys the woman.

But the reality, certainly in my life, is that we all have love stories that go terribly wrong; we all have horribly broken hearts. And somehow we endure. We’re not destroyed by it. We endure and go on to do interesting things and have worthy lives, even though we carry our heartbreaks with us. That’s a kind of personal story of mine that I don’t think I would tell in memoir but I do think I can tell in fiction.

CP: How has disappointment changed you?

EG: It softens me. It makes me be a more sensitive, kinder person. I know what it feels like to be bruised; I know what it feels like to carry things around with you that never totally heal. There’s closure and then there’s the stuff you just kind of like, well, I guess it’s going to be in the minivan with me forever. And you carry it with you and you continue on your journey with your minivan full of stuff, which I think most of us do.

All the parts of us that we ever were are always going to be with us. You make space to carry them and you just try not to let them drive. But you can’t chuck them out either. I think I have more compassion than if I had led a life where everything worked out exactly as I had planned or if I had never been wounded or if I had never been betrayed or I had never been harmed. I don’t think I would be as good a person. I’m still aspiring to be a better and better person, but I think those disappointments have made me gentler with other people and their disappointments, the stuff that they have to carry around and endure.....

CP: What do you think the world needs from women right now?

EG: I think the world needs women who stop asking for permission from the principal. Permission to live their lives as they deeply know they often should. I think we still look to authority figures for validation, recognition, permission. 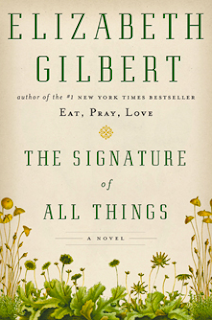 The best and most powerful things that I’ve done in my life were when I decided that I don’t f*cking need somebody to tell me that I can do it. To just go and make it myself, do it myself, build it myself, do the project first and not bother along the way to get the requisite paperwork. That requires faith. Primarily it requires a faith in the condition that you are allowed to exist. You are here and you are allowed to be here and therefore you are allowed to make decisions about yourself and the people in your life; rather than sort of backing up and making sure it’s okay with everybody at every turn....


Read both, all the way through. Be inspired. Then get up off your butt. And do something real.
Labels: art bodies books gardening gender politics music sexuality sexy intellectuals writing