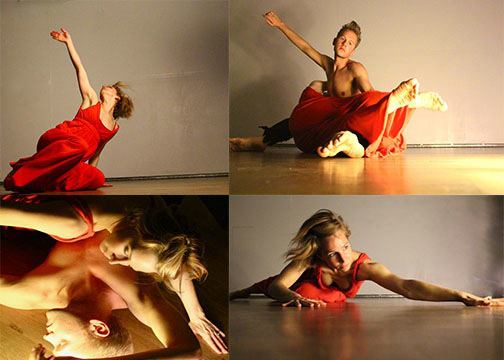 If you, too, dig art that melds bodies, movement, mindfulness, beauty, original music, and the sacred, be sure to check it out:

Based on the idea that everyone has a secret, The Hush Hush Chronicles tells of the twisted stories that carve pathways deep within us. Set in the late 1920's at the height of Prohibition, this world premiere explores the undisclosed elements we lock away, and sometimes spill along the way. With an original score performed live by We Became Owls, the seven dancers who form The Anata Project bond together to create their own secret society of misfits. Also included in the evening performance are The Anata Project's 659 Days of Ruby and Mr. S (2011), and a new work by Summation Dance from New York City.

Choreographer Claudia Anata Hubiak founded The Anata Project in January 2011. Hubiak, who was raised with a Buddhist background, based her company on the concept of Anata, or "egolessNESS" in Sanskrit. The word Anata, used in reference to the spacious and ever changing quality of the mind, serves as the backbone and founding principle of Hubiak's dance company.