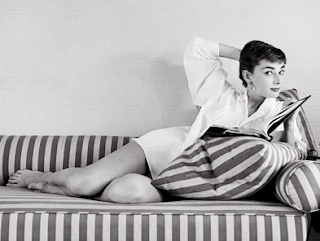 Promised myself I'd blog for just a minute, as I'm trying to finish up our April selection for tomorrow night's book club meeting.

But I wanted to at least say hey, what's up, how y'all doing?

Sweet simple Monday here. Doing some work in a Nob Hill cafe between classes. Sun setting. Trying to ignore the fact that I can smell my own bare feet as I sit here in Lotus. Probably not appropriate for a cafe and the peeps around me. Oh well. What can you do.

In all seriousness — you should read The Science of Yoga. I'm devouring it. A must-read for any yoga teacher or student. I am so struck by the ways it's in fact much more about sociology than science; the social construction of reality, the ways we think about yoga, the "truths" we take for granted that are rather in fact utter mythologies. Intriguing stuff.

On another note, my good friend Heidi over at The Rustic Modernist wrote a really powerful blog today about infertility. Raw, brave, achingly honest. Read it.

(Excuse me while I peek down the street to make sure my car hasn't gotten a parking ticket yet.)

Also: please read this article from the NYT the other day. Really, take the time. "Diagnosis: Human" speaks to a number of truths that transcend yoga, meditation, Buddhism, suffering, and psychology.

Ours is an age in which the airwaves and media are one large drug emporium that claims to fix everything from sleep to sex. I fear that being human is itself fast becoming a condition. It’s as if we are trying to contain grief, and the absolute pain of a loss like mine. We have become increasingly disassociated and estranged from the patterns of life and death, uncomfortable with the messiness of our own humanity, aging and, ultimately, mortality.

Challenge and hardship have become pathologized and monetized. Instead of enhancing our coping skills, we undermine them and seek shortcuts where there are none, eroding the resilience upon which each of us, at some point in our lives, must rely.

Diagnosing grief as a part of depression runs the very real risk of delegitimizing that which is most human — the bonds of our love and attachment to one another. The new entry in the D.S.M. cannot tame grief by giving it a name or a subsection, nor render it less frightening or more manageable.

The D.S.M. would do well to recognize that a broken heart is not a medical condition, and that medication is ill-suited to repair some tears. Time does not heal all wounds, closure is a fiction, and so too is the notion that God never asks of us more than we can bear. Enduring the unbearable is sometimes exactly what life asks of us. 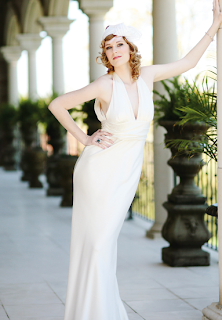 In other, less-depressing news, I've been on the wedding dress hunt.

Which is at once hilarious and trippy and fluffy and awkward and surreal and admittedly really fucking fun. The girls rolled up last Thursday with a bottle of pink bubbly and I tried on about 12 different concoctions. Found 4 that I really quite dug. One of which was boho beady blousy, another of which was pouffy and called "Consuela," another of which was boob-a-licious in a blindingly scintillating kind of way, and another of which just might walk me down the aisle.

Commentary from the Mister as we checked out online contenders last night was a particular joy. I haven't laughed so hard in a long time. A few choice bits:

"Too nipply."
"The Martians have landed."
"That's what you wear to the Emmys."
"Hello, Charlie's Angels."
"Looks like a big doily."

Seriously, if you need a bridal consultant, this guy's it. Better fashion sense than I have.

My friend Frank sent this sweet piece along today. Not only does it ache with a poignant echo of Roger Ebert, but it reminds me of a useful guideline when in [fashion] doubt. Ask oneself: What would Audrey Hepburn do?

I dig the article's more dude-friendly suggestion featuring Fred Astaire. Rita Moreno's filled that slot for me from time to time in the past, along with Louise Brooks and Annie Dillard and Isadora Duncan. Badasses, all. Worth echoing.

(I dunno about you, but I make an effort to eat all morning pastries whilst wearing elbow-length gloves and a blingin' choker.)

While we're on the bridal fashion note: there's a lot of ugly shit out there. Whew mama. Who made the rule that every contemporary wedding dress has to be a strapless tulle-bomb? My eyes hurt from all the fake boobs and the dead-eyed corsetted-up fashion models.

Three cheers for originality. Though I will admit I am struggling to find such a thing. (What I would give to find a nice vintage-y piece with an Audrey-esque off-the-shoulder boat neck.) Again with the strapless ubiquity. Leaning more and more toward quiet, simple, elegant. 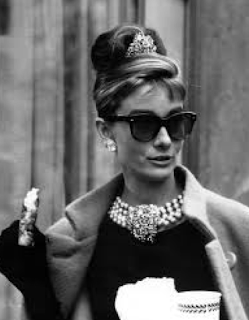 Are you a theater nerd? Head downtown tomorrow morning to catch a few of these beautiful remaining [FREE] 1925 theater seats. If we had the room, I'd love to lodge a few of these in our living room next to the woodstove.

Speaking of: we woke up powerless this morning. As in, zero power.

We heard it go out last night with a click; the windstorm raging outside took down a number of trees and left the car covered in gunk. 6am wake-up call meant cold leftover coffee, a few twinkling candles, and the romantic ambience of iPhone flashlights whilst showering. Haven't been back home yet today to find out if we're power-full yet or not, but I guess we'll find out later tonight when we may or may not have to hastily consume everything perishable in the fridge.

I listened to a fantastic interview with Noah Levine this morning on my drive in. You know Levine as the creator of Dharma Punx and a generally cool dude (with some very influential Buddhist teachers as parents) who ran a rough road for awhile before finally settling into a meditation practice while in prison. In the interview, he speaks so much authentic truth. Again, if I may: some raw and real schtuff. A fave: "Renunciation is a radical, rebellious, and revolutionary act."

That's the update from here. Spring's around the corner, if not here smack in front of my face. I feel it. I love it. And book club's tomorrow night. Roll up early for class at 5:15 to avoid the Giants game traffic. And feel free to come even if you've not yet cracked the book open. 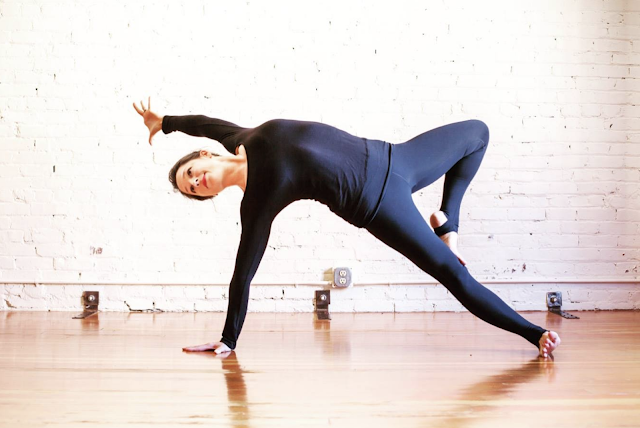