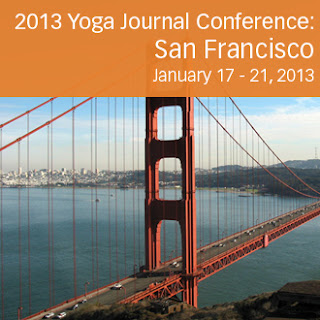 I spent Friday and some of Saturday at the San Francisco Yoga Journal conference.

It's funny; I've lived here going on 10 years now and have never once attended this conference, in spite of the fact that it's always been held less than a mile down Sacramento Street from my long-time apartment.  Stumbling distance to the yoga world's most-respected teachers, really.  I was always perched so comfortably in the mecca of the yoga world that I blew this gathering off, took it for granted, didn't even really see it.

So when my dear girl Amanda G asked if I'd be down for assisting her and her husband Nicholas (you might know him as MC Yogi) in a couple of their classes this weekend, I said hellz yeah.  Super excited.  Nick and Amanda are a dynamic-yoga-duo if there ever was one (they're also the reason I met the mister, so I'd pretty much walk over hot coals for them anyday, but that's another story), and I knew it'd be a beautiful couple of classes, an artistic bonanza, a mythic shot in the arm, a chance to spend a few hours listening to and soaking up some really sharp and passionate and iconoclastic teachings.

Then, starting about a week ago, there began to emerge a lot of controversy surrounding the whole conference.  You've heard about it, yes?  I mean, beyond the usual "only rich white people who can afford to spend $1000 for a weekend in a posh hotel with a sweet-ass atrium overlooking the Ferry Building go to this" factor, which is a pretty commonly-heard critique of this always-expanding crop of yoga-tourism festivals and retreats.

Beyond that standard criticism, though, there was a lot of fervent dialogue about the fact that the Grand Hyatt (where the conference is traditionally held) has been embroiled in some very serious labor disputes with employees for the last few years.  Lots of legit concerns, labor injustices, human rights issues being expressed on behalf of the housekeepers, the doormen, the janitors, you name it.  And, dude, you know my middle name is "Karl Marx" — I mean, anytime you've got a labor dispute, I always jump in on the side of the workers.  Commies unite!  And lots of local critically-minded folks were saying: hey man, is it really cool for a bunch of corporate yogis — a whole magazine's worth of them, really — who purport to care about living consciously, acting with ahimsa, operating within the bounds of compassion, staying in and teaching in and funneling a lot of money into a hotel chain that so clearly violates a lot of hard-working folks' civil and human rights?  They called out Seane Corn and a few other prominent teachers and said: what's with the double standard — why do you (i.e. Off the Mat, Into the World and other yoga-based non-profits) care so much about injustices in Africa and Haiti, but you'll gladly teach in a hotel staffed by folks in your backyard who are, quite frankly, exploited? 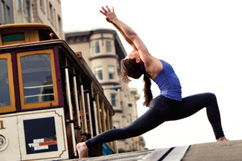 There was a lot of anger, more than I've seen in the yoga world in a long time.  The kind of anger that made me uncomfortable and confused and fired up, all at once.

The thing is, though: I'm kind of over anger at this point.  Spent a fair amount of my late teens and early twenties pissed at the world for all of its clear injustices, did my time at protests and community-organizing groups and whatnot, and then after growing up a bit and suffering a bit and experiencing death and loss and all of those other things that life brings each of us as we age, I softened a little.  I got a tad less angry and a lot more compassionate. And the more I really studied mindfulness and yoga and whatnot, the more I realized that the end point, the driving force, must always be compassion — no matter the injustice.

So, in this last week, amidst all the furor, I felt a lot of compassion. Compassion for the people who work at the Hyatt, who have to bust ass for a bunch of yes, ok, mostly upper-middle class white ladies in expensive pants.  Compassion for the people who work at Yoga Journal, who as feeling individuals, as humans, as yogis who are trying to keep a job and do some noble work, no doubt have zero desire to exploit or abuse, and who have been hustling for a long time to put on an extensive and very-involved conference that is surely tough to coordinate.  Compassion for teachers like Seane Corn and Shiva Rea and the others who are just trying to do their dharma and share a few teachings and spread their own version of the yogi gospel and oh, pay their rent, too.  And compassion for the myriad folks whose lives were or are touched by this whole yoga thing, folks who came to the conference hoping for a measure of ease or relief or inspiration.

Everybody's fighting an internal battle, or six of them; we know this, yes?  Hence the reminder to be kind.  You never know what emotional weight somebody's bearing under those ripped, ostensibly perfect, blissed-out lululemon-clad shoulders.  More often than not, it's something really damn heavy, something heartbreaking, something intense.

So: we practice compassion, instead of anger.  We take a deep breath and try to see the humanity in everyone involved. 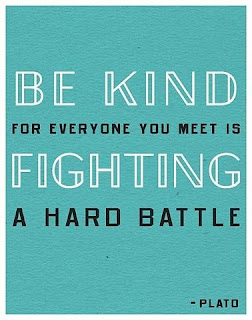 Because, remember: just as there really are no nations, there are no bad guys.

Doesn't Krishna remind us of that in The Bhagavad Gita, when he teaches Arjuna to "see all in me, and me in all?"  Isn't this one of the fundamental teachings of yoga philosophy, that sentiment we espouse every single time we bow to one another and say Namaste?  That reminder to see the spark of divinity in every creature, even the ones it's easier to vilify or smear?

(Hello, Mitt Romney; tidings, Donald Trump.  You, too, are God.)

The sooner we realize that truth, really realize it, understand it, act upon that knowledge, the sooner we'll find some measure of peace and real solidarity.

I got to the conference early Friday morning and there was no evidence of picket lines or strikers.  Everything was fairly chill, hushed, groggily bustling in the way that the Financial District bustles when it's just waking up.  I picked up my badge and found the carpeted conference room where Nick and Amanda and Sianna were teaching, and slipped off my shoes and walked in.  And there was a room full of quiet folks from all over the world sitting half-awake in Ardha Padmasana who wanted earnestly to study a few Hindu myths and do some asana and chant to Kali and learn a thing or two.


And it inspired the hell outta me. All of that.

The thing I've realized, over and over, is that nobody comes to yoga because everything's peachy, because their lives are already perfect, because they've achieved everything they've wanted to and found peace and the job of their dreams and sweet abs and the partner from heaven.  No, dude.  We all come to yoga because we're suffering in one way or another: dealing with an achy knee or a creaky elbow, aching from a broken heart or a whirling mind, wounded from the inescapable ruts of past samskaras and feeling unable to create new, more life-giving ones.

It's tempting to get all hipper-than-thou and snarkily write off these ever-expanding yoga conferences and music festivals as just one more chance to make a buck, profit-driven capitalist machines craftily birthed by self-serving corporations and ego-driven teachers, with pricey fitness-wear stretching as far as the eye can see.  It's easy to slip into that bad guy/good guy narrative — lazy, even, dare I say? — and I've certainly been guilty of it myself.  And sure, there were flashes of cheerleading camp now and then.  But the thing I learned this weekend, really, was that, at the end of the day, people were just there to ease their suffering.  They came hoping to learn a little more about meditation so that they could manage to sit with their constantly-spinning minds; they were there to explore what it means to move and live and breathe in good karma; they were looking to discover how their own arts, their own stories, their own unique offerings, might be fodder for learning to find a little more ease in their lives, a little less dis-ease, a little less suffering.

I sailed home Friday night after spending the day with Nick and Amanda and Sianna.  The thing that struck me over and over again about these three teachers, beyond even the actual creative and intelligent hybrid yoga-art-music-mythology content of their teachings, was the way in which they've each found such authentic and original voices.  Each comes from a different starting place; each has interwoven his/her own grassroots experiences to end up in this most-singular place of teaching that feels innate, unconventional, genuine, true.

And their work reminded me that this yoga thing is so much more than just stretching.  It's art and it's music and it's hip-hop and it's philosophy and it's reconsidering what it means to move through the world in a way of grace and ease and peace. 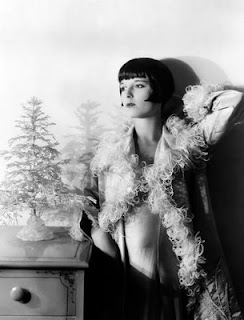 Assisting is particularly a treat if you're usually used to teaching, because rather than needing to be aware of the time and your sequencing and the music level and all of those other little details that make up a full class, all you have to do is shut your mouth, pay attention, and listen.  Be aware.  Be present.  Watch someone's inhales; follow her exhales; let your hands move with the rhythm of the breath to deepen her fold, rotate her thigh, lengthen her spine.  You're walking around the room doing Ujjayi and giving people a little love.  It's fucking great.  So rewarding, so intimate, so vulnerable, incredibly humbling.

I felt so alive, so awake, so invigorated, after those few classes.  I felt reminded of why we do any of this; reminded by those quiet fleeting moments-in-time when a student's shoulders dropped, when I put my hand on his sacrum and he exhaled, letting go, when I saw the sheer joy, the indescribable lightness of a deep backbend on a woman's face as she released the pose after moving more deeply into it than she ever had before.  I felt reminded of the sheer power of touch: how very much we can do by simply tuning in and being present with one another.

We're all doing the best we can, with what we've got, and though the circumstances may not always be ideal (a hotel boycott, a mousy conference room, a belly full of scarfed-down burrito in Dhanurasana), the practice is always and ever enough.  The breath is always enough.  The love for it all is always enough.

And at the base of all that lies compassion.