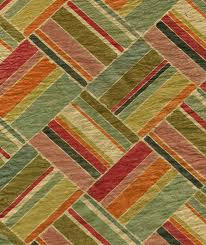 Ok, first of all, let's get this business out of the way:

Today is 12.12.12.  So at 12:12pm apparently we are all supposed to have some kind of remarkably unitive, enlightening, rainbows-shooting-out-our-butts moment of being.

Cheers.  Have fun.  I'll lift my coffee mug in your general direction.

Always been so underwhelmed by these days.  11.11.11.  Yeah, whatevs.  10.10.10.  Sure, dude.  The calendar's a social construct, just like everything else.  Big effin deal.  But you go on and enjoy the artificially-created furor.

So it's a Wednesday morning, and that means one of the beloved and rare mornings I don't haul outta the house early with bags packed and podcasts loaded.  I'm home and it's quiet and twinkly and sweetly empty.

[I've always loved emptiness.  Why does that word have so many negative connotations in the West?  That's one of the myriad things I appreciate about Buddhism: its fondness for emptiness.  Sunyata, baby.  Yeah.]

So, yes, here on this divinely empty Wednesday morning, a couple of posts in the hopper for you, but let's start here: 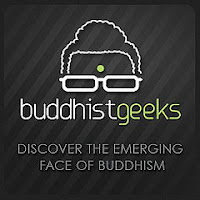 Buddhist Geeks.  Have you found them yet?  You should.

I've been listening to a number of their talks from recent conferences, and loving their general spirit of realness, their laughter, and the ways in which so many of them meld ostensibly disparate aspects of life and spirituality.  For example: check out this most excellent talk from Jane McGonigal on Buddhism and gaming.

I don't even really know what "gaming" is, although I suspect it has something to do with strange teenage boy phenomena like Farmville and Zynga and Angry Birds and the like.  I definitely know it's tied up with that more-dated action from my generation called Dungeons and Dragons and something or other else about Warcraft.

But that's all I've got. Not exactly my speed.  In 1989, I was more likely hiding behind a tree reading Albert Camus while my peers (dudes for the most part, yes, if you'll forgive my dramatic and irresponsible gender stereotyping here, folks) played weird Atari games and whatnot.

My only real experiences with gaming came back in the day in the basement with my sibs at the hands of the old Commodore 64: Summer and Winter Olympics (joystick involved, natch), Frogger, and Oregon Trail.  Oh yes, and that one game whose name I can't remember with some Neanderthal riding a unicycle rock that we could never manage to win.  (Sisters?  What was that called?)

Beyond these vaguely shrouded childhood memories, I just don't know a damn thing about it.  And, truth be told, I almost closed-mindedly skipped right by this podcast when it queued up because I figured it'd be boring as hell and absolutely irrelevant to my understanding of the world. 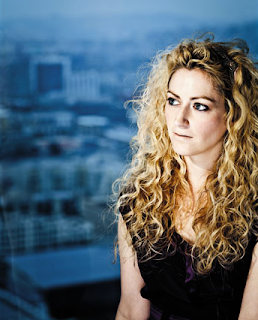 So boy, did I feel like a grade-A jackass when scholar and general cool chick (at right, gorgeous, no?) Jane McGonigal's talk, "Awakening is an Epic Win," turned out to be rich and real and ripe.

Here's the video description from the Buddhist Geeks website:


The qualities of a good gamer and a bodhisattva have more in common than you think. Find out how video games — unexpectedly! — have trained today’s young people to be more prepared for Buddhist practice than any previous generation.

Whether you're a gamer or not really has nothing to do with it.  Jane is engaging and spirited and humble and really damn smart.  And she weaves a ton of intelligent observations about the sociology of play into the piece — observations that about knocked me over with their intrigue and profundity — and moves on to talk about the ways in which gaming functions like meditation, the ways in which it's a practice that can potentially relieve suffering, and how you can find benefits a la those of a yoga-asana practice or a seated meditation practice in gaming.


When you're done with that one, here's another interview with her, too, in which McGonigal talks about gaming as a spiritual practice.  (What?!?! Yes.)

McGonigal published a book recently called Reality Is Broken: Why Games Make Us Better and How They Can Change the World.   In this interview she explains that


"...the first part of the book looks at the way games provoke positive emotions and how they help us achieve the kind of emotional goals and really basic human needs that we really need out of life; like to do satisfying work and to strengthen our social relationships, and to feel like we’re mastering something, and to be part of something bigger than ourselves.

And the second half of the book looks at how we can take that amazing power of games to provoke these four positive states, and try and direct it at addressing big problems, like hunger, poverty, climate change, education, and healthcare."

Great, right?  So check this out, then, further along, as she talks about the similarities between awakening and play: 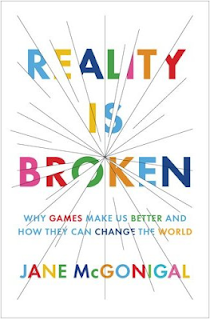 "For me the really core one is wholehearted participation. That was actually a phrase that I pulled out of a Buddhist podcast — out of Living Compassion podcast, actually. I heard a monk use the phrase “wholehearted participation” to describe a Buddhist way of approaching life, to be fully present to the moment and totally open and curious and joyful about whatever that moment brings, and up for the challenge of that moment.

And to me, that’s what describes being a gamer, that you are open to whatever challenge presents itself. You approach it with curiosity. That you are totally mindful of the environment. You have this brightness that sort of both optimism, but also just a positive energy to what you’re doing. And the joy of being fully engaged with these challenges, and approaching them with equanimity. Gamers fail all the time. Gamers fail 80 percent of the time, and that don’t beat themselves up over it. They just keep making that kind of right effort to achieve the goal. But if they don’t achieve it, they don’t bring their hands and beat themselves up over it. They just make the best effort."

Somewhere in there, too, she calls Super Mario a Buddhist.

Before you go any further, please do take a minute to check out McGonigal's bio, too.  Badass.  Her story alone is such a good reminder to do what you love and trust that your life's work will emerge from there. I'm inspired, for sure.