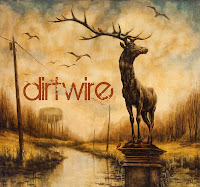 A few of you have asked about today's playlist. Here you go!

(You'll notice a few tracks from Dirtwire; I'd recommend the whole damn album if you're a fan of those tunes. It's stellar and I've been using it for my home practices for a few weeks now. Same goes for the Ingram Marshall piece used for savasana; the album is called Evensongs.)