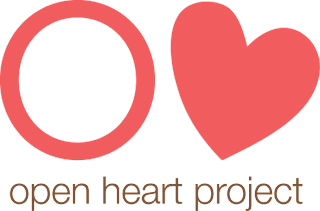 I've been subscribing to Susan Piver's meditation practice newsletters — what she calls "The Open Heart Project" — for, oh, about a year now.  A couple of times a week, an email teaching will pop into my inbox, and though I don't always get around to sitting with these teachings right away, they never fail to be useful, relevant, and grounding.

This morning I sat down with her latest, on the "Real World," and it struck me as particularly apropos.  Susan talks in her brief informal video teaching about how often on retreats, as the end approaches, folks will wistfully sigh: "Ahhh, well, here we go — back to the Real World again."

I've spoken those words myself, at the end of yoga trainings and overseas adventures and my own solitary retreats, always accompanied by that wistful sigh.  As Susan describes, when we're living in a place that's structured to facilitate a way of being that is open-hearted, tender, and kind, we naturally sink into rhythms that maintain that way of being.  And the resulting grace is so sweet, feels so unfamiliarly comfortable and balanced and at ease, that we imagine it's far from the "real world," which we have come to associate with being frantic and busy and "stressed out" and disconnected.  And always, ever, we say (or at least I know I say): Ok Rach, what are you gonna do to hold onto this state of rested, balanced, patient, grounded, well-being?  And then I make a big list with lots of bullet points about sleep and meditation and stillness and rituals and greens and melons, and try half-heartedly to swim upstream, living in what really is a counterculturally mindful kind of way, and it usually kind of lasts, for a few days, at least....

...until inevitably the creep and the crawl of the "real world's" pull takes over, and I'm sucked back into that vortex that is rushing and going and doing and hurrying (what my friend Briksha so aptly calls "hurry sickness"), and before I know it, I need to go on retreat again stat before things spiral out of control and I get lost in the hurry and the buzz.

Such is life.  That's why we practice.  All good.

But I love Susan's point that perhaps we need to rethink what is "real."  That maybe the "real world" we know is a construct that has kind of unconsciously evolved, and that perhaps it is no more "real" than the "retreat dreamworld" state many of us have experienced that looks like rest and peace and time and good food and great company and soulful, skillful practice.  And maybe it's just our work, now, here, to bring those elements of being into our own "real" day-to-day worlds. 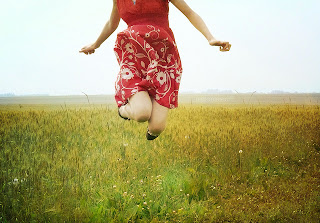 I've experienced this a bit, here and there, of late.  I'm spending a lot of time these days up in stillness, "on retreat," so to speak, in a little old-school Western California frontier town that overlooks the Pacific Ocean called Point Reyes.  My mister lives there, and it's peaceful and quiet and calm and clear and you wake to birdsong and sky and the beaches are empty and spare and wild, not packed with crowds or boardwalks or funnel cake shops.  Everything feels more slow, more real, more earthy, more grounded.  My phone doesn't get reception.  (God bless.)  So there are no pingings, no ringings, no perpetual summons to the electronic beacon of the kind that usually pepper my hours in the City.

I can write there.  I can read there.  I can breathe there.  I feel like I can actually be in the moment there, sit in the sun on the goddamned porch and drink coffee and not think about which email I should be replying to.  It reminds me of what it felt like to be a kid in rural South Dakota, all sky, all sun, all wind, all elements — technology as a background feature, instead of the main event.  It's a retreat from the fast-paced world we now know to be "real," a going-back in time, of sorts, sure, but I can also see how, for folks living there permanently, their lives, their biorhythms, their bodies begin to linger in that relaxed, open, trusting, tender space at length.

All of which means, of course, that the "real world" in fact doesn't have to mean zipping-rushing-going-doing-buzzing.  Maybe it's just a matter of choosing a "real world" that's conducive to the internal state you want to cultivate.

On the final morning of our late April retreat in Sierra Hot Springs, one of the yogis there shared some wisdom she'd heard from a teacher at a past retreat.  Rather than saying, "Awww, damn, dude, back to the Real World now," she said: "Ok — the first half of your retreat is now complete.  Now, we move onto the second half: carrying that lightness, that ease, that openness, that peace back into our lives at home."

The work doesn't end on the cushion, on the mat.  You don't pack it up and shove it in the trunk and wait to pull it out when you once again, six months later, exhausted and running on fumes, head out for vacation.  You build it into your life here, now, so that the day-to-day might better become a perpetual retreat.


Instead of wondering when your next vacation is,
maybe you should set up a life you don't need to escape from.

Jason M. said…
To sum up the first half of this post: "It's easy to be a Holy Man on top of a mountain".