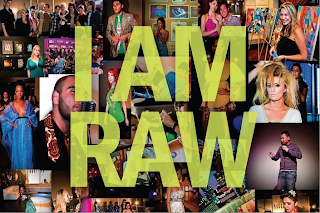 What does it mean to be RAW — I mean, really?

So much. And a lot of things, at once. You know this, from the very first post. It's why we're here, silly. And it has very little to do with vegetables.

But today, for me? Being raw means moving through the world unedited. It means being brave enough to be real. It means approaching the ostensibly mundane with a spirit of wonder, with a beginner's eyes. It means living an open, frank, naked, natural, unprocessed, unbuffered, unpackaged, unmanufactured, undiluted life. It means refusing to accept someone else's pre-packaged, pre-fabricated, pre-scripted version of reality as your own.

–adjective
1. uncooked, as articles of food: a raw carrot.
2. not having undergone processes of preparing, dressing, finishing, refining, or manufacture: raw cotton.
3. unnaturally or painfully exposed, as flesh, by removal of the skin or natural integument.
4. painfully open, as a sore or wound.
5. crude in quality or character; not tempered or refined by art or taste: raw humor.
6. ignorant, inexperienced, or untrained: a raw recruit.
7. brutally or grossly frank: a raw portrayal of human passions.
8. brutally harsh or unfair: a raw deal; receiving raw treatment from his friends.
9. disagreeably damp and chilly, as the weather or air: a raw, foggy day at the beach.
10. not diluted, as alcoholic spirits: raw whiskey.
11. unprocessed or unevaluated: raw data.

—Idiom
14. in the raw,
a. in the natural, uncultivated, or unrefined state: nature in the raw.
b. Informal. in the nude; naked: sunbathing in the raw.