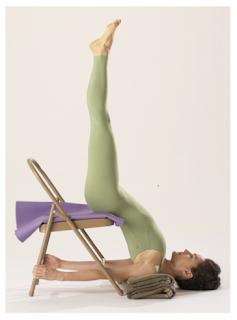 There has been just so very much buzz about the potentially injurious nature of yoga in the wake of the NY Times's recent magazine feature, "How Yoga Can Wreck Your Body."

It seems pretty obvious that, if one responds to the whole thing with a fair amount of reason and sensibility, it's quite clear that any athletic endeavor done to excess for the sake of the ego or competition can be seriously harmful. And the whole hubbub has raised a number of great discussions about what the "true" purpose of yoga really is — which has meant a lovely cultural reminder that "real" yoga (whatever that means) is about so much more than just gymnastics.

Dr. Timothy McCall, who's been the Medical Editor of Yoga Journal for years now, was interviewed for the NYT piece in regard to the safety of inversions like Headstand. In the wake of the controversy, he has written an extensive response to the article in his latest newsletter, and it's worth your time. Read McCall's point-by-point explanation of "How Not To Wreck Your Body Doing Yoga" on his website here:

The Times article correctly mentions that I developed (in late 2001) a case of thoracic outlet syndrome (TOS), in which I believe headstand, plow pose and shoulderstand played a role. But part of it could also be blamed on my own stubbornness (I’ve got a bit of pitta myself). Just before I developed intermittent numbness and tingling in my right arm, I’d been increasing my headstands up to 10 minutes a day, even though that was more than I could comfortably do. I was allowing an external goal suggested by someone else — not my own body’s feedback — to dictate when I came down. I now believe that at the moment (or just before) you lose that balance of effort and ease in the pose, if your breath is rough, or if it just doesn’t feel good, you need to come out. 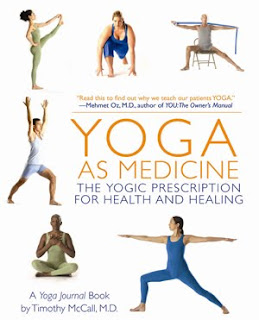 I generally don't teach inversions in big, busy classes. They're a little too dangerous and require too much hands-on instruction to really be able to appropriately and safely serve a class full of 40 people at the same time. I find, too, that it's more important to me as a teacher — and as someone who's trying to maintain the kind of rhythmic, meditative vinyasa pace that allows the inhales and the exhales to begin to calm the chattering mind — to focus on establishing a consistent flow, which stopping the class and spending five minutes breaking down a complicated inversion in partner-work can really interrupt.

There are certainly appropriate times to study inversions and similar extra-challenging asanas with the right highly-qualified teacher. Workshops, for instance, are ideal for perfecting the kinds of poses you've been wanting to try, but have been a bit afraid to dive into without personalized assistance. But in the wake of this industry conversation, I find myself recommitting to continuing to largely save inversions for private moments or post-class instruction.

It's not rocket science. Just listen to your body. Back off when it gets to be too much. Honor ahimsa. It's so easy to say that, yes, and yet, for many of us, so very hard to do. So we practice. And, day by day, the yoga, the asana, becomes less about the performance, less about the ninja moves, and more about the meditation, the refuge, the release.

We'll keep at it. And this hubbub, this controversy, this buzz? It's a very good teacher, too.
Labels: bodies drama health meditation philosophy pop culture yoga