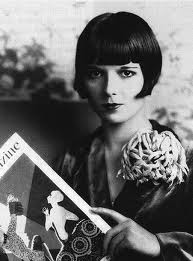 n.
1. Reconciliation or fusion of differing systems of belief, as in philosophy or religion, especially when success is partial or the result is heterogeneous.
2. Linguistics: The merging of two or more originally different inflectional forms.

Pretty crazy about the notion of syncretism these days. Do you know that word? It's kind of big and scary and pompous-sounding, for sure. But definitely worth knowing.

Syncretism was a concept we tossed around a lot back in the day when graduate school meant spending a helluva lot of heady hours trying (often failingly) to meld Christian theology and Buddhism and Hinduism and Judaism and queer theory and post-modernity and post-colonialism and ecofeminist theology and French cultural theory and blah di blah, you get the picture. A lot of esoteric, complicated traditions, with roots that go way back, which often haven't budged much, and have been assumed to be contradictory, historically, that is.

But these days, the more and more that I come to the mat, and the more I think about the ways in which all of those ancient traditions unknowingly overlap, I realize that what we do in the yoga practice, this seeking to feel a fleeting sense of union, this down-to-earth holistic approach to being alive in a body, this desire to live well in the world that transcends dogma or spiritual boundaries? Yep. That's syncretism. And it's an ok — no, it's a good, a very good — thing.