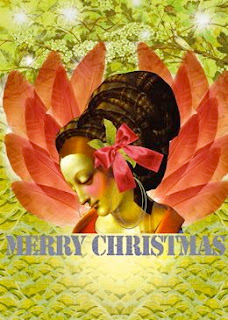 Ever since the stuck-in-a-Nebraska-blizzard-with-no-tequila debacle of two years ago, I've been more than content to park my weenie California-girl ass here in 50-degrees-and-sunny San Francisco for the holidays. This year is no exception. (Well, that and the fact that I just returned from a two-week escape to the tropics makes it a helluva lot easier, too.)

So it's my turn to stick around and hold down the fort, teach a few extra classes, sneak in a little ice skating down in Union Square, and linger over a few long dinners with friends in a deserted City by the Bay. And that suits me just fine.

But I know a lot of y'all are just preparing to pack up the woolen sweaters and head East to hunker down for the holidays in the cold. And we've all known and dreaded that particular brand of crazy that comes from being good old-fashioned stuck: stuck in a house with loony relatives, too much fruitcake, and not enough beer; stuck in an airport terminal with delayed flights that just keep getting pushed further and further back; stuck in a barren prairie blizzard that's literally socked you in with snow, unable to leave the house, even to get the mail.

And those moments, my friends? Those are when the real yoga comes into play.

Because, damn, if it isn't easy to talk about joy and bliss and peace and compassion when you're sitting on the mat in a sunlit studio in San Francisco, your practice sandwiched lovingly between a breakfast date and a coffee rendezvous — to which you wear, naturally, flip-flops and a light parka, because, well, it's December in California, babydoll. Rainbows and unicorns for everyone!

It's another story completely when you're stuck in that snowed-in basement, surrounded by old National Geographics and momentos of your awkward middle school years, or trapped at your Uncle Judd's annual holiday hunting extravaganza, talking politics with your favorite, um, "differently-inclined" relatives, or, worst case scenario, braving the crabby crowds at the airport as you're reminded, once again, by ice storms and power outages and unpredictable Nor'easters, of how very little control we really do have.

My bhakti sister and colleague Jennifer Jarrett just suffered through that very experience, and she's written a smart, honest, authentic piece on what it means to really sit down with the prospect of staring a 3-hour airport delay in the face, trying to make friends with it in the far corner of Terminal C, and falling back on the yoga, the meditation, the awareness, the noticing, in those inconvenient moments wherein it'd be much easier to slam a few cocktails and get angry and march around, yelling at the powerless flight attendants. 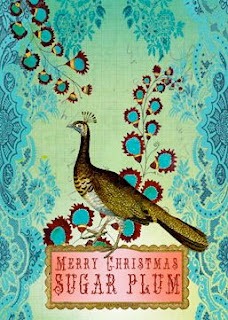 We've all been there. I've spent years resorting to the vodka martinis and the futile marching around, usually in some dingy airport in Pennsylvania or Texas. It didn't ever get me very far — the vodka OR the marching. So here's another option from a very self-aware Jennifer:

This layover was different. I was tired and just over it. The holiday spirit was all around me, but I was feeling every part of bah humbug. I knew I needed to do something to shake it up and shake myself out of this mood. I needed to move my whole body and I needed to move forwards and backwards and side to side, and, more importantly, I needed to really breathe. I needed to get out of the frenzy of frenetic holiday travelers, to quiet the sharp sounds of overhead announcements and to restore a bit of equanimity to my body and my mind. I needed to hit the reset button.

So, I found a relatively quiet place in the Denver airport, took off my shoes and started to practice. I thought I would just move through a few sun salutations, but the next thing I knew it was 45 minutes later and I had completed a pretty comprehensive practice. I even did bakasana! Did people stare? Indeed, they did. Did moments of insecurity creep in? For sure. Did it really matter? Not at all. Because when I was finished, I felt lighter, yet more grounded and stable. The creakiness and crankiness that can sometimes accompany me in travel were replaced with a sense of fluidity, suppleness and freedom. I was calm, relaxed and actually felt joyful. Simply stated, I felt better.

Simply stated, I was better. I was able to return to the chaos of the world around me a better version of myself.

I love that. How many of us really turn into better versions of ourselves when we're faced with this kind of delay, or a freak blizzard, or even — gulp — having to just sit with our own families? Many of us — present company included, as my siblings will lovingly vouch — turn into the ugliest, least graceful, most whiny, most monstrous 14-year-old versions of ourselves in these kinds of moments.

Thanks, Jennifer, for the reminder that, even in those darkest, most frustrating, most powerless moments, we have a choice. We can choose. To just notice. To move. To breathe. To open. To bow forward in that most simple, classic, elegant, liberating salute to the sun.