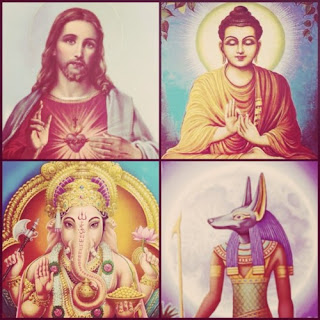 I find my work constantly returning to this theme of yoga in the vernacular: "folk" yoga, one might say; what yoga (and mindfulness, and Buddhism, and progressive Christianity, and all of it) looks like off the mat, in the dirt, grounded in the day-to-day, the ostensibly mundane.

This interview with Korean Zen Master Samu Sunim beautifully articulates some of the reasons for that.

We need to talk about a balance. Frankly, I think Asian monastics probably spend too much time sitting in meditation looking inward, and not enough time outdoors. They have to go out, as Shakyamuni did, and find out how people are living in society. But in the West, it’s the opposite problem. People spend all their time in the outer world. They’ve been successful in business, in their professional lives, but they have no relief from the stress of their lives. They need to sit down and settle the body and mind, instead of always running around feeling agitated inside.
....
I think we have to talk in terms of high Buddhism and folk Buddhism. I think we need both. When I say high Buddhism, I mean monastic Buddhism; I mean monks and nuns living a protected life in a monastery so that they can devote themselves entirely to spiritual cultivation in order to ensure dharma transmission. But we need what I would call “folk” Buddhism as well — people who go out, as bodhisattvas, into the marketplace, actively involving themselves with people. Those of us who are doing high Buddhism have to understand that we are not the only ones who are capable of transmitting the dharma. We have to understand the transmission of Buddha-dharma in a wider sense.

Man, do I hear him on the "Westerners needing a bit of inward emphasis" bit. And this contrast behind "high" Buddhism and "folk" Buddhism? Yes. Yes. That's where the craft of living well really comes into play: the being the bodhisattva in the marketplace, on the street corner, in the checkout line at Walgreens, on the bus, as an office drone, at the grocery store.

Opportunities for practice are waiting in each of those moments. This folk yoga, this engaged Buddhism? It's about transcending the idea that legit practice is relegated to the cushion or the mat. That's so old-school, dude.

Let it spill out into every breath, every step, every minute, every hour. Ok?

It occurred to me that I did not walk up to you and say 'Thank you" after the yoga class I took with you last Wednesday. This is one part of the "action" of my practice that goes so well with the quiet part. So Thank you for your wonderful gentle yoga class at Glow last Wednesday. For me that day was the start of my personal journey with the beautiful lunar eclipse. Blessings!
December 13, 2011 at 12:05:00 PM PST