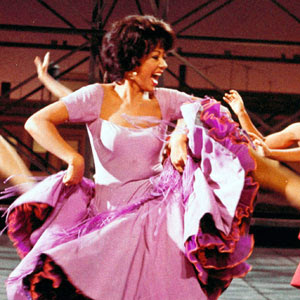 Thrilled be spending tomorrow eve with Rita Moreno at Berkeley Rep.
You know Moreno as Anita from West Side Story. That'd be her at left. She's also the rare bird who's won an Oscar, a Tony, a Grammy and two Emmys. Aaaaand, she was on The Electric Company when we were kids.
Talk about some serious street cred. It's any musical theater nerd's dream. So Rita's rocking this one-woman autobiographical show — Rita Moreno: Life Without Makeup — and I've been trying to score a free night to see it for weeks. So excited.
Here's more on the production. Killer reviews. Not surprised.
Labels: dreamy music musicals theater