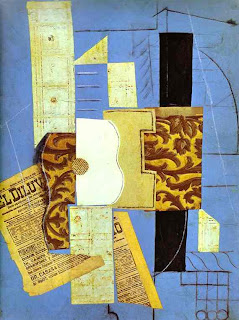 I've long had a big ol' nerdy crush on Buddhist scholar David Loy. I mean, how can you not?
The man does incredible work marrying socio-economic theory with Buddhist philosophy. His work on capitalism, desire and society is head-noddingly good. So when I noticed this Loy article featured on Tricycle the other day, my eyes perked up.
Now, I don't know that I'm a Buddhist anymore than I'm a Hindu or a Christian or a yogi or a socialist or a box of marshmallows. Not a lot of need for definition, really, after so much time marinating in so much syncretic theology. But I do know how very much the rational, the reasonable, the simply elegant nature of Buddhist philosophy speaks to me, and how very much it overlaps with yogic philosophy, and that's enough for today, as far as I'm concerned.
Here, Loy asks why Buddhism needs the West. He even cites my other Zen boyfriend in doing so (score!):

Read on for more on suffering, dukkha, politics and the self. It's good shit. The piece addresses that push-pull tension I often feel with yoga, which is that question of how to transcend the hippie-dippie navel-gazing New Age focus on self, self, self to make the practice about more than just stretching or getting a nice ass. This is why I love the bhakti practice so much: it encourages us to use our time on the mat to fuel up, to balance, to strengthen, to soften, so that we can then move into the world with a greater ability to bring compassion, kindness and balance to the people and the institutions surrounding us. 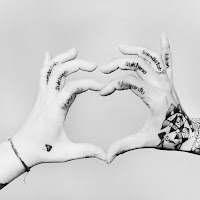 For modern Buddhists, the world shows us daily that our own awareness cannot thrive indifferent to what is happening to the awareness of others. As the old sociological paradox puts it, people create society, but society also creates people. Our economic and political systems are not spiritually neutral; they inculcate certain values and discourage others. As our awareness becomes more liberated, we become more aware of the suffering of others, and of the social forces that aggravate or decrease suffering. The bodhisattva path is not a personal sacrifice but a further stage of practice: If I am not separate from others, how can I be fully awakened unless they are too? Today our world calls out for new types of bodhisattvas, who look for ways to address suffering, dukkha, as it is institutionalized in our social and political lives.

This is yet another reason that I love yoga philosopher Michael Stone's work, too; like Loy, Stone emphasizes the mandate for social action inherent in the project of deepening our awareness. There's not really any point to becoming "enlightened" — whatever that means — unless we then carry that light into the world to ease that universal suffering that's generally unspoken but is always present. Now that's good yoga, whether you call it Buddhist or Christian or Hindu or nothing at all.
Why Buddhism Needs the West (Tricycle)
Labels: bhakti buddhism christianity commies hinduism philosophy sexy intellectuals sorrow theology writing yoga

Apuleius Platonicus said…
The problem with Loy is that he ignores the fact that this is old news in Asia. He insists that only Westerners are capable of thinking this way on our own, and that Asian Buddhists "need" (Loy's word) the West to help them develop a social conscience that is based in the Dharma. meh. Religion (including but not limited to Buddhism) has been a source of inspiration for movements for social change in Asia going back to peasant uprisings more than two thousand years ago.
September 14, 2011 at 12:54:00 PM PDT