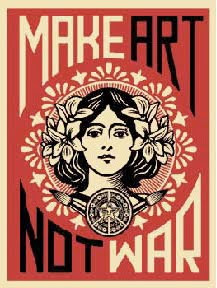 Struggling with Memorial Day a bit. I always do. Something about the glorification of these "fallen heroes" makes my stomach churn. People. People who were killing and were killed and are killing and might yet be killed, all as the hands of some nation's military machine. I struggle. Who to support? The people? The people who were simply doing the work of some greater force for chaos and tumult? The people who were "securing peace" in the process? Whew. Don't know that I can go there this Monday morning. Too many questions, too many unresolved answers.

We memorialize with barbecues and beaches and the day off work. And that fact that now you can wear white until Labor Day. I guess that's an attempt. The City's been relatively quiet this weekend, folks having fled to Tahoe, and I always savor these long weekends for that very factor. They'll crawl home today, tonight, backing up traffic at the Bay Bridge, and then tomorrow morning it will be routines as usual, maybe a little more sunburned, a little more rested than usual.

Brand new morning. Brand new start. I'd rather look to this holiday as an opportunity to reboot, to set new intentions, to reflect with a certain unremitting sorrow on the foolishness that has been so many wars over so many years, on the shocking imbalance of funds channeled toward bombers and away from schools, health care, the arts, you name it. I woke up this morning and felt heavy with the awareness that Om shanti, Om shanti, Om shanti, we sing of suffering, the suffering we create in and of ourselves, and the suffering we create amongst one another, and the big suffering, that suffering that is loss and destruction and violence, and I turned immediately, rhythmically, waitingly, to the natural counterpart to that song of suffering: Om peace, Om peace, Om peace, 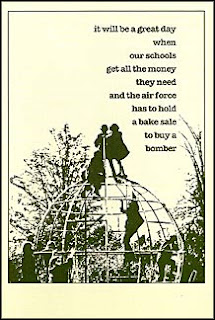 praying that we might consciously create peace in and of ourselves, peace amongst one another, and finally, that big peace, the big peace that we generally assume to be unavailable but which always waits patiently, lovingly, kindly, perhaps even a bit irritably as it watches us, over and over, get lost in the push and pull of inter-national, inter-personal, inter-cultural dramas that are too often inadequately resolved by violence.

Om shanti. Today we choose peace. And a heavy pour of bittersweet remembering, that all of those lives perceived as acting heroically in the perpetuation of violence in the name of one nation or another might not have been wasted, that some reconciliation, some measure of goodness, might have come from the senseless knee-jerk violence that's too often an excuse for peace-making.