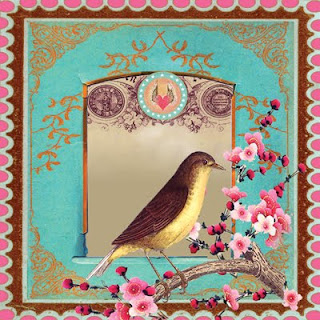 Monday morning at Chez Rach, and it's a damp grey one out the window in the courtyard, the kind of morning made for catching up. Mondays are the one day a week I don't have to be out the door in a flash, bright and early, and I've got stacks of yoga philosophy articles waiting to be read, a full inbox, and a burbling coffee pot on the countertop. The theology nerd in me is thrilled.

Before that, though, a big thanks to the folks at Oakwood Athletic Club in Lafayette for a fantastic workshop over the weekend. I so enjoyed venturing through the tunnel to share the practice with such an open and willing group of yogis. We're talking about establishing a regular Master Class series there, so keep your eyes open for updates on workshops to come.

(Teaching two back-to-back vinyasa classes tonight at Glow, in case you're looking for a cozy Monday night retreat. See you in North Beach at 6 or 7:30pm.)

In the meantime, check out this excellent story from NPR, which wonders: has yoga strayed too far from its Hindu roots? I'm always searching to find the balance between what's "too much" spirituality, mythology, philosophy, etc., what's "too little," and what's that "just right" Goldilocks-style amount of religiously-influenced philosophy to share in a yoga class. Some studios are more friendly to that infusion than others, and in some settings, like the more corporate or gym-style classes, I tend to leave it out almost completely, in fear of alienating folks who are coming to the practice with a simple desire to get a good stretch on. And the practice is so naturally rich with philosophical influences that a lot of its Hindu- and Buddhist-inspired aspects come through without needing to be labeled as such. But I'd say NPR has their finger on a hot topic here, and one that will continue to fester as the Westernized phenomenon of "yoga as fitness industry" meets traditional, more Eastern notions of yoga as spiritual practice-slash-psychological-exercise.

This blurb seems particularly germane to me. Check it:

Ms. SHAH: I think part of the issue that goes back is the way that Hinduism has really been defined. For most Hindus, it's more of a way of life. And yoga is something that's kind of been incorporated into our lives, day in and day out. But that being said, Hinduism is a very pluralistic faith, and it's very accepting and very universal.

And interestingly enough, I actually just read an old article by a professor Stephen Prothero, and he was referring to the Vedanta Society. And at the very end, he quoted one of the swamis and essentially, the swamis said that whether you are a Christian, a Buddhist, a Muslim, if you are truly searching for the inner divine within you, you are a Hindu. Because the idea within Hinduism is that the whole world is one family, and that the divine resides within each of us. And that's, essentially, the idea of yoga as well.