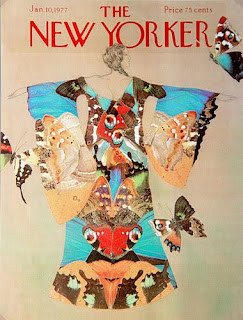 Reading my way through this cool grey Monday.
* * *
Speaking of Guidos, the New Yorker takes on Jersey Shore as pop cultural anthropology, tans and bump-its and all:

Our ability to take any pleasure, or even interest, in shows like this—in which participants are depicted as energetic but essentially aimless, oblivious of their own deficits, and delusional about their attractiveness and their importance in the world—hinges not on our ability to identify with them but on our ability to distinguish ourselves from them. Unless the show manages to make us feel as though we were anthropologists secretly observing a new tribe through a break in the trees, it hasn’t done its job.

The NYT tries to draw some connection between masculinity and the souring of homeownership. (The article teases at the relationship between producing vs. consuming and masculinity, as well as the cultural expectation that men should intuitively know how to fix shit, which I find far more interesting than whether this dude's pool filter is broken; wish they'd have explored that in particular more deeply.) I can't decide if the piece succeeds, but it's another interesting look at the decline of the picket-fence happiness myth. And another affirmation of the restless nomad's difficulty in settling for the version of the "American dream" defined by owning shit and growing old and fat by driving a car to the nearest neighborhood Applebee's and back for the rest of your life:

Alan Berks the renter had spent his evenings with friends at African dance nights and jazz clubs. Alan Berks the homeowner lost an entire day rearranging the living room furniture. “I did find a spot for the couch that made me happy,” he said. “I was proud of myself. But where the couch is — that’s how I’m going to measure my happiness from now on? I remember thinking: ‘This is how people live? Why am I doing this?’ ”

And everybody's reviewing Elizabeth Gilbert's new book on marriage. Gilbert's long-awaited follow-up to "Eat, Pray, Love" seems predestined to be ripped apart as cloying and self-indulgent, but it sounds like Gilbert really made an attempt to write something a little more academic and a little less narcissistic with this one. Both Ariel Levy and Amy Benfer write smart, discriminating reviews; I'd read Stephanie Coontz's "Marriage, A History," first, however, if you really want some dense reportage on the institution. Levy's New Yorker review in particular hits on the underlying restlessness that fuels Gilbert's writing; I love this paragraph in particular (esp. the line about sex - ha!):

“Committed” is an unfurling of Gilbert’s profound anxiety about reentering a legally binding arrangement that she does not really believe in. All this ambivalence, expressed in her high-drama prose, can be a lot to handle. (One generally doesn’t indulge another person’s emotional processing at this length unless the jabbering is likely to conclude with sex.) Ultimately, Gilbert is clear about what she, like most people, wants: everything. We want intimacy and autonomy, security and stimulation, reassurance and novelty, coziness and thrills. But we can’t have it. Gilbert understands this, yet she tries to convince herself and her readers that she has found a loophole. She tells herself a familiar story, that her marriage will be different. And she is, of course, right—everyone’s marriage is different. But everyone’s marriage is a compromise.

Restlessness is a muse for many of us, it seems, and I highlight its mention in the above NYT homeownership article again in questioning whether these institutionalized pillars of the American Dream - homeownership and marriage - aren't actually so fundamentally counter-intuitive as to render themselves obsolete. Why do we struggle so for the facades of security promised by these socially-constructed houses of cards? What's really so scary about restlessness, particularly the non-acquisitive kind? Are we so tied to the illusion of security that to let go of its apparitions threatens too dangerously our sense of being in the world?
Jersey Jetsam: MTV Goes to the Beach (New Yorker)
Men Who Jump the Picket Fence (NYT)
Hitched: In Her New Memoir, Elizabeth Gilbert Gets Married (New Yorker)
Elizabeth Gilbert, the Reluctant Bride (Salon)
Labels: bad tv books gender politics marriage masculinity suburban distaste wanderlust weddings

Paul said…
Your post made me think of this...

"If you watched a movie about a guy who wanted a Volvo and worked for years to get it, you wouldn’t cry at the end when he finally drove it off the car lot, testing the windshield wipers. You wouldn’t tell your friends you saw a beautiful movie, or go home and put on music to sit and think about the story you’ve just seen. The truth is, you wouldn’t remember that movie a week later, except that you might feel robbed and probably want your money back. Nobody cries at the end of a movie about a guy who really wants a Volvo and eventually gets it. But, we spend years actually living those kinds of stories, and yet we expect our lives to be meaningful. The truth is, if what we choose to do with our lives wouldn't make a story meaningful, it won’t make our lives meaningful either."