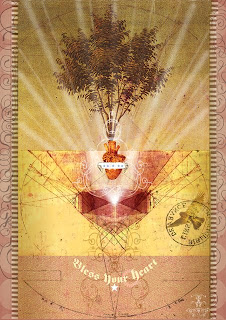 Speaking of gentrification, did you see this cover story about Polk St. in last week's SF Bay Guardian?
It's not every day that you can read the living history of your 'hood deconstructed along class and sexuality lines.  Even living here circa Polk just short of six years, I've really watched the neighborhood transform.  The long-gone used bookstores (three disappeared, and counting) and the tranny dive bars have been gutted and transformed into condos and Curves franchises.  It's pretty wild - and disappointing - and confusing.
I don't know where I stand.  This article make it pretty clear what a harsh and sorrowful life can come from being mixed up in the hustling, drugs and sex trades that characterized the Polk St. of the '70s and '80s, before the scene really shifted to the Castro.  It's hard to argue for the old ways when you read the narrative of Corey Longseeker's roller-coaster trajectory.  And yet, there's really something to be said for preserving a relatively safe, affordable space for marginalized peoples in a city that prides itself on supposedly being a haven for the restless nomads who've fled their stifling corn-fed origins for the anonymity and edge of the city.  How do you do that without spiraling into danger and exploitation?  (And how great is the minister profiled who's really taken Longseeker under her wing?)
Class, drugs, sex, gentrification, government, social responsibility, religious praxis.  Heavy stuff for a Saturday afternoon.  Phew.
The Rise and Fall of a Polk Street Hustler (SFBG)
Labels: class i left my heart sigh sorrow suburban distaste