Raw, Idiom: b. Informal. in the nude; naked: sunbathing in the raw 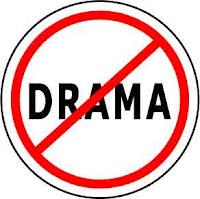 Everyone's buzzing today about the news that the people behind Bay to Breakers (read: famously drunken and costume-clad SF footrace, characterized by nudity, rolling kegs and running Elvises) have banned booze, floats and bare asses. I'm honestly shocked. Didn't this melee always seem like one of those quintessentially zany "Only in SF" events? Sounds like the uproar has already begun. Details here.

Next, drama on the opposite coast. Long after he stopped serving as Nebraska's Democratic (!) Senator, I've continued to keep a curious eye turned to Bob Kerrey's work. You might have heard that he's been serving as President of the New School in NYC for several years. (Great social theory action there.) There's been discord for some time now over his leadership, but it sounds like the anger has really swelled. Check out this NYT coverage of the latest efforts to boot him. It doesn't sound pretty for our Bob.