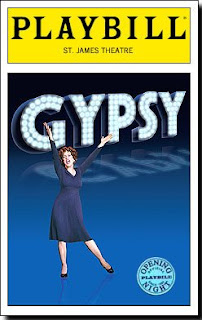 Did you see this article in yesterday's NYT?
Charles Isherwood laments the imminent closure of myriad quality B'way productions, eulogizing these standouts in a time of year more known for new beginnings than small deaths.  Between limited runs and the shitty economy, there's a whole lotta closing going on right now.
How depressing.  Being back in Manhattan last week to see Shaun's [amazing! thrilling! sexy! charismatic!] show, I couldn't believe how easy it was to get sucked into the vortex that is the theater district; I felt like Alice falling into the Rabbit Hole, except I didn't ever want to climb out.  How provincial and second-run San Francisco's theater scene felt in comparison.  I realized I've been content with the minor leagues out here; what a tease it was to open the NYT Arts section and see so many fantastic productions offer themselves unto me.  Bereft at not having time to see them all, I snuggled up to the theater pages on the flight home and made do with promises to return soon.
To no avail, because Liza, Patti and crew will all be gone by the time I head east again.  Isherwood's article doesn't offer anything particularly revelatory, but it's a nice paean to the ebb and flow of the live theater, the ways in which the magic that comes of an original production remains something that can't be bottled or captured.  Because we all know revivals just aren't the same - and who doesn't love being able to say, "Weeeellll, I saw the original cast back in the day, and blah blah blah, so there, ha."
Read the article.  Take the train into the City to catch what you can.  I'd be at Gypsy tonight, and Liza the next, and All My Sons the next, if I could...
Big Finales, All Together Now: A Month of Broadway Closings (NYT)
Labels: musicals theater