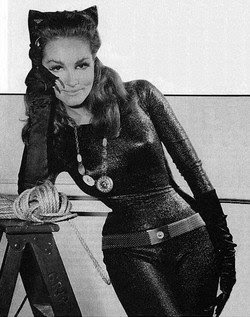 Ode to the Velvet Tubetop
We're hosting our annual holiday cocktail party next week, so I got up this morning and started checking projects off my list for the big to-do.  It was quiet, other than the unfortunate alto wailing upstairs, and I sat at the kitchen table and did a little mending before dropping a few things off at the dry cleaner's in preparation for the party.
Debussy's Clair de Lune - one of my all-time favorites, despite the fact that after seeing "Ocean's Eleven" I'll always associate it with Carl Reiner and the Bellagio fountains - came on, and I sat there threading my needle, and realized that in my constant effort to find true-blue real earthy forms of moving meditation, I'd forgotten about sewing.  How fucking calming is that.  I realize now why the old matrons in antebellum movies are happy to sit on the veranda and mend socks.  Because, damn, is it zen.
So the needle went in and out and up and down and I thought about time passing and how funny it is on a Monday morning in early December how much life can look like the past and how little it can, all at once.  I've got this regular holiday get-up, see; it's this sort of vaguely-catsuit-ish little velvet number that I bought for a formal in 2000 - yes, that would be 8 years ago, and MFord, you were there, if you remember - and I've worn it ever since, once a year, really, for some holiday function or another, as there's really no other appropriate occasion for a ridiculous black velvet piece with some boning in the corset and a tight skirt and a little black feather ruffle around the hem.  (Yeah, I told you it was campy.)  It's so Julie Newmar, I can't even tell you, especially when you throw on a wide black belt (or red, like one year) and some black pumps.

Like Sasquatch, like Nessie, the black velvet tubetop dress sneaks out once a year for its token annual appearance, and then it gets thrown back into the closet to be trotted out again the next December.  And for having seen as much champagne and brie and pine needles as it has, it's holding up remarkably well, other than the little feathery trim that needed to be sewed on again this morning.  Not bad for having survived quite a few holiday parties, a wedding or two, one Halloween, and exactly one choreographed performance of "Oops, I Did It Again."
So this morning I just sat there, Debussy on repeat, needle up and down, up and down, and felt so sentimental about this stupid little velvet thing.  It could tell a lot of stories, this little black dress.  (Thankfully, it can't.)  But here it comes out of the dusty corner of the closet again, and it'll do its duty again this year, and in spite of all the transience that is simply being alive, and in spite of the skin and the cells and the muscles underneath that will change across the years, it's still this consistent thread drawing itself across time, beginning with that first hasty purchase in preparation for a surprise Britney Spears performance.  And how often can you really say that about something?
Do you have things like that?  Frivolous, insignificant; cheesy or campy or definitely not in good taste, but endearing and enduring, consistent across the changing houses and hombres and hairstyles?  There's something to be said for it.  A secret little relationship you've got with this trifling little thing that's quietly witnessed so many moments of your life.
I may not be able to squeeze into this sucker when I'm 60, and it'll probably be hopelessly out of fashion then anyway, but I'll be damned if I don't go down trying.
Labels: fashion holidays meditation mornings nostalgia stream of consciousness

Mariah said…
Mmmm. I love that outfit. Remember when you let me borrow it for one Halloween? I believe that was when you were in Europe, and you told me to take care of it while you were gone. And that I did. So does that make it two Halloween's? I was one sexy black cat.
December 8, 2008 at 1:10:00 PM PST