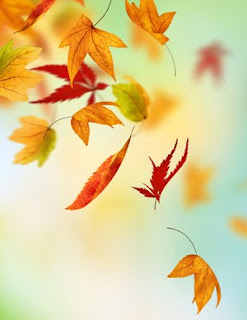 Are you feeling your yin coming on?

Don't be surprised if you do. According to Chinese medicine, right about, oh, now, you might just be feeling quiet and thoughtful and maybe a little nostalgic and maybe a little sad and a little bit mournful. Autumn, you see. The seasons.
Part of what I love about Traditional Chinese Medicine is its close connection to the seasons, its recognition of the role that nature plays in our physical health and our emotional moods. The other day I was just saying to my acupuncturist that I've noticed how many of my closest friends seem to feel so goddamned melancholy of late.
And she pointed out the TCM connection between the autumn, the Metal element and the lungs and large intestines (and their related energy meridians in the body). Basically, as befits the harvest time, with its earlier darkness and cooler air and shift toward root vegetables and soups for sustenance, quietude and an inward turn are super-natural and to be expected. So if you're feeling more reflective of late, maybe a little aloof and sickly and dry, and kind of just want to tell people to fuck off, that's the autumn in you saying HELLO there, doll — I'm here!
Here are two excellent articles that give a little more philosophical insight into this whole seasonal shift away from summer's yang and toward winter's yin. The first offers some useful practical tips for rolling with the seasons; the second makes some nice connections between emotional states and the bodily results that come with the whole harvest vibe.
Autumn & Health: Beginning a Transformation into Yin
Visions of Autumn
Labels: bodies health nature seasons silence yin