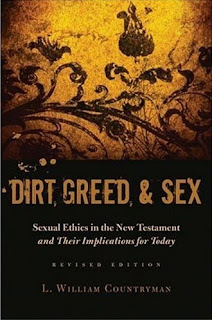 Are you as sick as I am of people aligning Mc-Palin and the GOP with "Christian family values?"
Here in the Lefty Disneyland that I call home, it's easy to turn off the harpy conservative voices out there that continue to associate the Republican Party with Christian ethics.  We live in a bubble.  I haven't seen a single McCain sticker on a bumper or plastered to a window.  It's easy-breezy, liberal fruitiness all the time.  Rainbows and unicorns.  Yippee.
But I keep getting these whiffs of Republican discontent from the various channels in my life that retain connections to fundamentalism and conservative Christianity.  And, I could say, it alarms me.  Or I could be real and say it pisses me the fuck off.  (Breathing, breathing.)  Conservative "Christians" continue to align Mc-Palin's anti-body, anti-sex, anti-family, anti-planet, anti-justice policies with "Christian" values, which just blows my mind.  The insistence upon association without clear mindful contemplation of what's really going on here is baffling.
But instead of curling further into my Blue State cocoon, I'm trying to actually make an effort to channel this fury rather than letting it eat me up inside as I curse Fox News and shake my fist at the mainstream media.  And the best way to fight battles like these, which are so bound up in literalistic readings of ancient scriptures, is to take down the enemy with his own sword.
So even though I'm not a huge fan of scriptural deconstruction, this morning I cracked open two dishy new tomes: the first, Dirt, Greed & Sex: Sexual Ethics in the New Testament and Their Implications for Today, by William Countryman, who was a prof in Berkeley while I was doing my grad work there.  It was first published in 1987, but a second edition came out last year and it's certainly one of the standards in the discussion of issues of purity and property as related to sex and sexual ethics.  Heavy on the scriptural content and self-awarely committed to avoiding "liberal" or "conservative" labels, it still breaks open conversations and questions that many conservative Christians assume to be "givens."

The second book is a little more recent, and tends more toward the postmodern side: Dale Martin's Sex and the Single Savior: Gender and Sexuality in Biblical Interpretation.  Again, more textual work than I usually go for, but damn, is it provocative.  Martin's collection of essays hits on everything from a potentially homosexual Jesus to Paul's anti-marriage stance (did you know he viewed marriage as a "cure" for burning desire?  In other words, if you don't wanna crave sex anymore, get married) to the idolatry of contemporary Christian sacralizations of the nuclear family.  It's pretty rich stuff, and all rooted in the very scriptures that the fundamentalists like to turn to so quickly for justification of their reactionary ideological agendas.
Get reading.  Do something to arm yourself to match their arguments.  Nothing feels so good as being able to throw scriptural references right back at the fundamentalists who cling so fearfully to them, particularly when a national election hinges on their votes.
Labels: bad religion christofascism i left my heart please take me home to my lefty disneyland politics red states