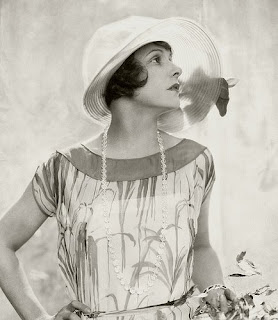 Running a close second to my Election '08 obsession right now: flapper chic.
I can't get enough of red lips and cloche hats and drop-waists and multi-strings of pearls.  I'm pulling out all my t-strap heels from the back of my closet, long ignored due to San Francisco hills.  I'm studying Catherine Zeta-Jones in "Chicago" like it's my job.  And I'm wearing red lipstick to do the laundry.
Sartorially, I've always been partial to the 20's, but it feels especially apropos of late what with the economic meltdown and ominous references to the Great Depression.  And while it's always seemed bizarre to me to spend $500 on a handbag that lacks the personality of one you'd find for $5 at the vintage thrift store around the corner, that kind of spending seems downright silly now that the economy's officially in the shitter.
Besides, I've always rather agreed with fashion designer Barbara Hulanicki, who said: "I love old things. Modern things are so cold. I need things that have lived."
Amen to that.  There's a certain pleasure in fashion nonconformity, whatever that means; I suppose the fashionably-unfashionable pieces coming out of American Apparel or Urban or H&M claim nonconformity, which most of us would deem laughable, but I think at this point, any discussion of nonconformity becomes pretty circular and misses the point.  Who gives a shit what you're wearing, or from where.  Just make it yours.  Own it.  That's enough. 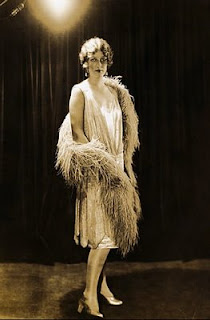 Which is partially why I found myself nodding  so enthusiastically when I read this article in the NYT yesterday.  Paula Span writes about that mushrooming phenomenon of middle-aged ladies having wild! crazy! fun! while wearing purple dresses and red hats, the so-called "Red Hat Society" spawned by the oft-quoted poem, something about "When I'm an old woman I shall wear purple" which apparently is supposed to imply some subversive countercultural social statement.  Um, ok.
I often stumble into gaggles of these women when I'm unlucky enough to be going for an afternoon run through the Wharf down the Embarcadero (always a bad idea, especially on weekends).  They travel in herds, wearing the aforementioned red and purple crazy-lady attire, usually on their way to see the cringe-inducing menopause-themed musical that was playing at Pier 39 for a long time (erghh).  I always cross the street when I see them coming.  And run faster, and harder, repeating to myself mentally: I will never become a middle-aged lady.  I will never become a middle-aged lady.
I don't know why this uniform makes me cringe so much.  Perhaps because it's so clearly commodified the frustrated middle-aged woman's desire for companionship and joy and, well, the kind of looseness and ease in one's body that I often find strikingly absent in women of a certain age.  Perhaps because it screams so clearly of packaged non-conformity.  And perhaps it's just because gaggles of giggly women have always made me twitchy.
Sure, there's something to be said for a movement that gives probably lonely and bored and otherwise-joyless middle-aged women a reason to feel light and silly and connected and a part of something.  That's important.  It serves a social function, and a psychological one, to be sure.  But why does it always have to turn into an opportunity for branding, a sorority structured for exclusivity?  Why does it have to look like such organized hilarity?  And why is there such an absence of parody and dramaturgy and free 'n easy identity in these women's daily lives that it has to come packaged in such an easily-mass-marketed form? 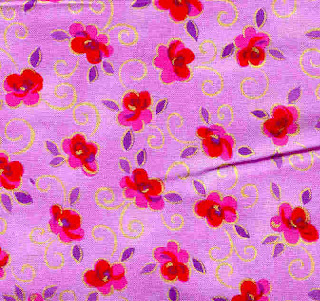 Span writes that "there’s a current of anxiety running beneath these adaptations to late middle age, a fear of loss and mortality that drives us to declare, via one billboard or another: 'Life is better than ever! Nothing to worry about! I’m not that old yet!'"  I feel like there's something to this notion of an underlying "current of anxiety," a desperate searching for the kind of freewheeling silly parodic identity putting-on and taking-off (of the kind described by queer theorists like Judith Butler) that was missed in these women's earlier lives.  A long-term lifetime of playing-by-the-rules, not just sartorially, but emotionally, sexually, and intellectually, that now is finally being safely challenged by the donning of a red hat and a purple muu-muu.
It's a case of too little, too late, as far as I'm concerned.  Which is why I think it's important to do it now.  Why wait till you're fucking 60 and essentially socially invisible to wear crazy shit and tromp around in weird shoes and a feather boa?  Or is that why it's finally ok then - because women are pretty invisible after 45, so there's less at risk?  Why not do it now, in the guise of t-straps and red lips and a low-slung cloche?  What do you have to lose?  Approval from the Gap-clad masses?  And who wants their vanilla approval, anyway?
Moral of this increasingly long story is: do yer thing.  Wear yer own shit.  Whether it's 20s flapper fashion or 80's Flock of Seagulls hair or Civil War era jodhpurs [that is a Jared Smith shout-out, for any of yous Chrome-types who are actually still reading any of this].  Don't wait until you're 60 and bored and lonely.  Wear it now.  Rock it.  And go your own way.
Hatless, and Aging On My Own Terms (NYT)
Labels: boho style creativity fashion girly shit pet peeves suburban distaste