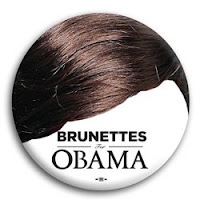 Ok, so the big take-aways from tonight's debate seem to be:
1) McCain's "that one" comment directed toward Obama, whom he once again failed to ever address by name, and whom he barely acknowledged by looking at him or shaking his hand.  I have a feeling this will be all over the media tomorrow.
2) McCain's condescension toward questioner Oliver, with his comment about how he'd probably never heard about Fannie or Freddie before.  WTF.
3) All the pundits seem to be calling it for Obama.  Nothing earth-shaking, but it was solid, and Barack was presidential.  McCain just looked uncomfortable and disembodied.  And his attempts at humor fell flat.  (Was that a hair transplant dig at Biden, by the way?)
Somehow I missed this last week, but the NYT is doing a "Road to November" series, driving across I-80 to get a sense of the national political mood (particularly in undecided states), and it started the series with a look at San Francisco.  Nothing revelatory here (although there are a few good pics), but I think the article is accurate in pointing out the increasingly fiscally-conservative denizens here; with all this tech wealth comes the kind of fiscal conservatism we haven't seen so much of heretofore.  An interesting and quick read:

"Here in San Francisco, the western terminus of Interstate 80, is the edge of the continental United States, and, as many believe, the fringe of its professed values. Voters are long accustomed to serving as the bat with which many Republicans use their city to beat up on the Democratic Party. In large part, they wear with pride their reputation for being collectively unreasonable and unshaven."

Mariah said…
Disembodied amen! Oh, was I ever having fun assessing the body language and movement last night. Final summary: McCain = angry, tense, lacking head-tail connection in a way that makes him appear quite turtlish. Oooh we need to work on helping that man relax his shoulders.