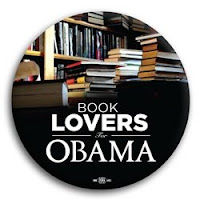 I waddled home from Berkeley tonight saddled by some 10 or 11 fantastically edgy books.  Now my kitchen counter is loaded down with The Sexual Theologian and Hooked! Buddhist Writings on Greed, Desire and the Urge to Consume and, gulp, Alien Sex.  Yeah.  The subtitle erases some of the thrill, I'll admit: "The Body and Desire in Cinema and Theology."  But it's pretty sultry, nonetheless.  Loved watching fellow commuters' eyes bug out across the aisle riding the cable car on the way home.
Anyway, point of that is, I'm feeling pretty book-drunk right now, and am preparing to hunker down in my office with some dishy tomes and write for hours.  So you can imagine my alarm, whilst lolling around in this literary lust, when I saw the latest installation of the Katie-Couric-trying-not-to-roll-her-eyes-back-in-her-head interview series with Sarah Palin.
This one hits on all the hot topics: abortion and the Morning After Pill, teaching evolution in schools, global warming, homosexuality and religion (Palin has a "gay friend," so no worries about losing your civil rights or anything, dearhearts!).  But what really dropped my jaw was when, once again, Katie asked for specifics, this time in regard to which books and newspapers Palin read to shape her worldview (before being tapped as VP).  Palin's stumbling, inarticulate response is mind-boggling.  It's better when you watch the video, but I'll copy and paste the transcript here:

Couric: And when it comes to establishing your worldview, I was curious, what newspapers and magazines did you regularly read before you were tapped for this to stay informed and to understand the world?

Palin: I've read most of them, again with a great appreciation for the press, for the media.

Palin: Um, all of them, any of them that have been in front of me all these years.

Couric: Can you name a few?

Palin: I have a vast variety of sources where we get our news, too. Alaska isn't a foreign country, where it's kind of suggested, "Wow, how could you keep in touch with what the rest of Washington, D.C., may be thinking when you live up there in Alaska?" Believe me, Alaska is like a microcosm of America.

The woman can't even name one.  I mean, for god's sakes!  Just say the New York Times, pull it out of your ass, don't even worry about stretching for The Economist or something else intelligent!  Just say something!!!  Preferably that isn't US Weekly!
Watch Couric's eyes roll there while Palin fumbles for an answer.  She's so over this.  How many times have we seen her ask, repeatedly, for specific answers, with nothing ever given?  It's unbelievable.  We can now add the fact that she's stunningly poorly-read to the cadre of reasons Sarah Palin should not be elected VP.
Palin Opens Up on Controversial Issues (CBS.com)
Labels: beauty queens books dumb girls holy shit politics wtf

Bacon Dad said…
I'm particularly incensed that, since Palin has less foreign policy/economic/etc. experience than ME, all valid questions are now "gotcha journalism." What in the shit is wrong with the Republican Party these days? I'd vote for Nixon over this crew.
October 1, 2008 at 6:37:00 AM PDT