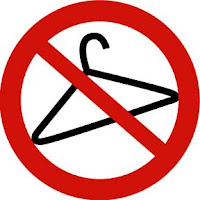 After a tropical weekend rife with margaritas and mojitos and total bodily exhaustion, it's Monday and the wind's cold again and the fog rolled in this morning and it's not going anywhere. And I'm wearing two shirts and a hoodie and dodging the chill tucked into the front bay window, and it's winter-summer again in San Francisco. And I'm glad to be nowhere but here.

Did you see this piece in this morning's Wall Street Journal? I don't usually read the WSJ, but this is an interesting spin on the whole Planned Parenthood phenomenon from a more business-oriented, branding kind of angle. Somehow, in spite of (or perhaps because of?) the sexual education armageddon that has been the Bush Jr. presidency, Planned Parenthood sounds like it's doing amazingly well. Glory hallelujah is about all I have to say about that.

Anyway, the WSJ points to some new growing pains as PP sorts out a balance between business and branding, suburbia and urbanity, poverty and affluence. How does it remain that last bastion for women (and men) who "literally have nowhere else to go" while garnering most of its funding from the increasing numbers of insured clients who pop in for an STD test at the strip mall on the way to pick up tomatoes at the Safeway and videos at the Blockbuster next door?

Fascinating angle on the gentrifying of Margaret Sanger's original defender of sexuality and sexual health.