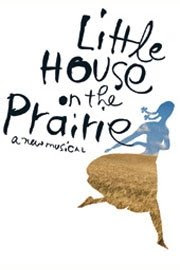 So this is either true devotion or truly pathetic: take your pick.

B and I were on the horn yesterday because ticket sales opened for the hot! new! world premiere! musical theater version of Little House on the Prairie, that beloved staple of our goldenrod-colored, blue-skied South Dakota youth. And I'm embarrassingly thrilled to admit that after several hours of busy signals, B snatched up a few prime seats for the show in late August. So instead of planning some exotic trip to Fiji or Botswana for the dog days of summer, I'll be spending one sizzling weekend in Minneapolis at the Guthrie with bonnets and covered wagons and Ma and Pa Ingalls. The sisters and I are pathetically excited.

The Guthrie's great, of course, for hot new theater; if I remember correctly, I think The Lion King debuted there before transferring to Broadway for its run under Julie Taymor. The cast looks stellar, the production team top-caliber, and the source material strong and rich (naturally). And did you see that Melissa Gilbert herself (Laura from the Michael Landon-era TV series of our youth) will be playing Ma Ingalls this time around? Talk about full circle. I love it.

Go here to the Guthrie for dishy details. And I'll see you in Minneapolis in August.
Labels: books musicals nostalgia theater

Mariah said…
I can't even wait.

This is going to be so amazing! I am sooo excited that you are coming!