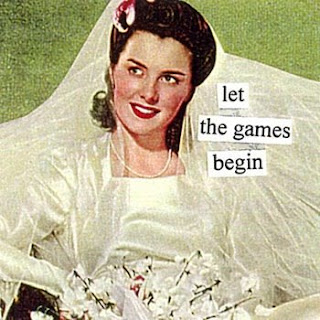 Quickly, a couple of things:

I was headed downtown this morning shortly before 9 and happened to walk through Civic Center, completely forgetting that City Hall would be a melee of news trucks and radio stations and rainbow flags and beaming couples. My reservations about marriage hold for homosexual hitchings as much as they do for heterosexual ones, but I've gotta admit: it made me grin.

Saw some of the cutest, proudest, most excited couples: dads wearing Hawaiian shirts carrying kids wearing Hawaiian shirts ready to get hitched, sixty-ish Asian women taking their wedding pictures, a couple of bearded bears in suits, a waltzing lesbian couple. Some dude was just standing on the steps waving an enormous rainbow flag. And there were no protesters to be found. A pretty sweet day in the City, and in all of California, for a lot of people who've been waiting a long time for some very basic civil rights to set in.

And if you aren't yet sick of the constant burbling over who'll be Obama's VP, here's a twist on the whole debate: how about Chuck Hagel? Salon asks this question, and answers it pretty well. Apparently there's a decent amount of buzz around this senior senator from Nebraska. I'm partial to the query because of that NE connection, of course; it's worth a read, if nothing else. I was kind of ok with the whole unity-ticket idea until the whole thing came up about him being anti-choice, anti-civil rights, and anti-gun control. Dealbreakers, all. But it was a nice idea, nonetheless.