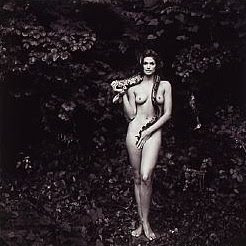 I've been thinking about Edens.

About how we look for them, how we put down roots to try to plant our closest approximations of them, how we build them ourselves unwittingly and seek them out in the spaces and silences around us.

It's May, you see, and the whole world to me feels pink, rosy, blushing. All this Nature stuff, all this 'blooming' and 'blossoming' and 'bursting forth,' all of those great living "B" verbs are coming out of my ears. And all I want to do is wrap myself in pink linen and earth tones and gauze and taupe and mauves and lavenders and prance around in ballet flats. (And no, I'm not smoking anything at the moment.)

I like May; I always have. I like its energy, I like the fact that it's sort of this humming buzzing build-up to summer, I like the fact that the air's still fresh and not yet heavy with Great Plains severe thunderstorm thickness or Mid-Atlantic malarial humidity. The summer's still new, the buds are just unfolding, and there's all this life bursting forth in the meantime.

May this year feels the same way, sort of this interesting heavily-perfumed cocktail of lots of Being Alive. Lots of reunions, sweet (the wedding this weekend at the beach) and bittersweet (the following week in Florida revisiting decade-old memories of cement-pouring and nail-gun-wielding and sitting on the tar-glooped roof with pieces of shingles cutting into my ass).

So I'm thinking about the ways we build our own Edens in the little corner lots of our lives. Drowsy with memories of attempts at making my own paradise in these former lives I'm due to visit: in Delaware (musicals and books and cocktails and skinny-dipping), in Florida (quiet and early morning runs and endless laps in the pool thinking I'd find something at the other end if I just kept swimming), and now of course here in SF, coming up on five years of building an Eden of my own here in the midst of my plants and my early-morning coffee and songs plunked out carelessly on the keyboard in the corner, songs that remind me of people and places and old pianos and tiny resonant practice rooms and the way voices change according to acoustics and air and temperature and space and energy. 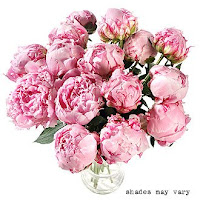 I'm gearing up for audition season again, some three or four coming up in the next month, all shows I've been dying to do again: 42nd Street (a chance to dust off my tap shoes) and Girl Crazy (an old-school variation of Crazy For You, all my favorite Gershwin tunes once more) and maybe Will Rogers Follies (great wistful music, sharp dance) and most frustrating, Into the Woods, which I've been aching to sing again (and whose auditions frustratingly fall THIS WEEKEND when I am 3000 miles away - arghh!). My left elbow is still covered with scars from the pratfalls I did playing Cinderella nearly ten years ago, and I have to say, those are some of my favorite battle wounds ever earned. I'd like a chance to rough up the right elbow before I get too old for the ingenue roles and have to move on to the asexual housewife bits.

But where was I? Oh yeah, Edens. So last night was essentially the last free evening I'll have until roughly June, between travel and work and plans and whatnot. So naturally I spent it in my six-inch heels and fetish gear at the Power Exchange. (Oh wait, that was Monday.) Last night was a quieter one; I tucked into a cream chaise lounge under the fading twilight atrium downtown and settled into my lotus to write for a bit before meeting a friend to see 'My Blueberry Nights' (very "meh," btw, if anyone was thinking about seeing it). Curled up there on my chaise feeling like a Titian odalisque, I looked around and realized I was in what Carolyn Merchant, et al, have named "Eden commodified."

Merchant has done some brilliant work with nature and shopping malls and history, looking at the ways in which suburban-style shopping malls have essentially replaced former kinds of public space like parks and churches as the primary gathering place for contemporary citizens. She's an eco-historian who argues that this center of the pursuit of commodities has come to be the foremost place for interacting and making meaning on a social level.

Merchant wrote this great book, "Reinventing Eden," that I like to pull out now and then for a reminder. Here's a blurb:

The modern version of the Garden of Eden is the enclosed shopping mall. Surrounded by a desert of parking lots, malls comprise gardens of shops covered by glass domes, accessed by spiral staircases and escalators reaching upward toward heaven. Today's malls feature life-sized trees, trellises decorated with flowers, stone grottoes, birds, animals, and even indoor benches that simulate nature as a cultivated, benign garden. .... This garden in the city re-creates the pleasures and temptations of the original Eden, where people can peacefully harvest the fruits of earth with gold grown by the market. Within manicured spaces of trees, flowers, and fountains, we can shop for nature at the Nature Company, purchase 'natural' clothing at Esprit, sample organic foods and 'rainforest crunch' in kitchen gardens, buy twenty-first century products at the Sharper Image, and play virtual reality games in which SimEve is reinvented in cyberspace. The spaces and commodities of the shopping mall epitomize consumer capitalism's vision of Recovery from the Fall of Adam and Eve." (167-8)

So, this in mind, I'm sitting there with my book half-open realizing that in spite of the overpriced jewelers and the teenagers buying ugly shit at Bebe and the annoying dude hawking useless shit every time you walk past him, I'm kind of digging it. That sitting in the midst of this empty artificial urban Eden, there are parts of it - natural twilight, and open space, and comfortable chairs, and the low murmur of people moving around and under and above me, and that white-chocolate slab of a grand piano across the way, and the old Chinese grandpa snoozing in the chair to the left, and the German tourists wandering around in khaki with a map and a walking stick one floor down - that I can reconcile, that do give a glimpse of the Edenic in the midst of the overpriced perfumes and the ugly flowered bags and so many people trying to fill the void with acquisition and numb consumption.

And then "O Mio Babbino Caro" floats in from the empty electronics store on the left (why are they all empty??), and I'm rushed back to Newark and an echoing recital hall with killer acoustics and singing opera in the early mornings when no one else is around because they're all sleeping off their hangovers from the Stone Balloon the night before.

And five minutes later, it's "Isn't It Romantic?" and again it's another rush, this time to being, oh, 13, and hearing that song sung for the first time (Chet Baker?) and it sticks in my head somehow in spite of the cheese, and I think of the hours spent plunking it out on bad cranky upright pianos, and I remember the words, the few I do recall anymore from that old standard: 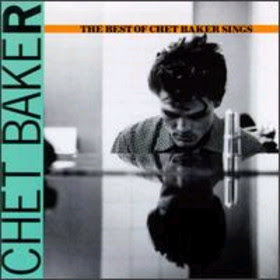 Isn't it romantic/
merely to be young on such a night as this?

All that in an unexpected moment sitting there in the midst of one of Merchant's re-invented Edens. I'm glad to see these Edens unfolding all around me. I feel like it's May in a lot of our lives, and things are blooming and unfolding, and we're putting down roots and pulling weeds and watering the young seeds of our own lives in our own Edens, constructed or not, and that's enough; and isn't that romantic?

Fig. 1: That's Cindy Crawford in another piece from the Leibowitz show at the Legion of Honor. I thought if I started things off with a hot chick, you might actually read my rambling bullshit.

Fig. 2: Peonies. I am slightly in love with peonies these days.