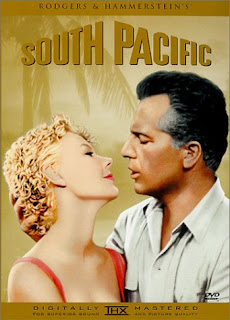 Sunday morning here on the opposite coast, and the air is thick, the fire ants are bustling, and the sun's creeping higher. It'll be a hot one today, per usual - 94 plus humidity - in other words, who needs Bikram? Ready to lace up my shoes and get a good sweaty run in before hitting the beach later today.

It's strange to be here, good, but strange; memories and scents and cedar and evergreen, vaguely familiar roads traversing vaguely familiar neighborhoods that were once home to me for one amount of time or another. On the upside, the fruit here is insanely fresh and ubiquitous and cheap; San Francisco prices be damned, I'm eating as many blueberries as humanly possible in the course of these several days.

Memorial Day contorts me. I don't know what to do with it. I'm always torn by the genuine sense of loss that propels the holiday and my anger and frustration at the way we validate and sacralize war. Walking through the Atlanta airport the other day, it was camouflage everywhere I turned. How do you separate the noxious powers-that-be behind that camouflage from the too-young kid with a crewcut on leave?

I have to give props to Frank Rich for managing some melange of sense-making without sentimentality in this morning's NY Times. Not only does his Op-Ed draw on the current B'way revival of "South Pacific" - you know I love the musical-as-source-material bit - but it skillfully weaves together thoughts on war and theater and sorrow and complication, interracial marriage, and American confusion - all while the thrumming chords of "Some Enchanted Evening" swim along as underlying accompaniment.

In spite of my best intentions and in spite of some of its more cloying bits, I've always had a soft spot for "South Pacific," and it's about more than Luther Billis rolling his tattooed abs to the low beat of a drum, or Nellie Forbush washing that man right outta her hair. Michener's writing and Rodgers' and Hammerstein's resulting musical really must have been quite radical in its debut; I appreciate Rich's pointing out how remarkable it was as a product of its context. Revisiting the show today, there are still problematic bits, yeah, but really, as an attempt at making sense of a number of difficult and messy aspects of WWII life, it's valuable.

Riffing too long this morning; need to hit the pavement. Read the Op-Ed. It'll make you feel like you did something mindful for this Memorial Day before hitting the beach or the barbeque for the rest of your long weekend off.