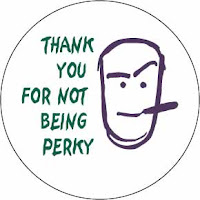 I'm sitting cross-legged on the floor of my living room surrounded by empty envelopes, strips of mangled paper, and a smoking shredder. Barefoot, wearing the same grey trousers I've been living in all week, a handkerchief on my head a la the kind I have not worn since approximately June 1998 when I also had a chunk of purple hair and took to wearing inflammatory t-shirts that said things like "Jesus Is a Liberal." Um, yes.

And it's a Thursday and something like 73 degrees and gorgeous out and Sondre Lerche is on repeat on the stereo and I have a belly full of [very not-raw] lasagna and in the meantime it feels like the contents of the last 5 years of my life are sitting, shredded, in that white garbage bag propped by the front door waiting to be taken down to the trash.

And that is the setting for this existential crisis.

Had it on my list to sit down and sort out my files and shelves and whatnot brimming with letters and paid bills and tax docs and you name it, and finally in the midst of a long sought-after quiet day after a week and a half of so much being social, I carved out a few hours to make good friends with my shredder. Erasing the contents of my life in the course of an afternoon, blowing through pay stubs from my first corporate bullshit job on moving out here in '03 and letters from old friends who've long since floated away on the eddies of time and distance, averting tears in the meantime as I come across silly little notes from my long-gone father written in his distinctive penmanship (3 years the end of this month now, how?) and grad school bills and Sprint phone records and endless MBNA credit card statements.

If there's a recipe for how to relive your life in the course of a few hours, this is it. Evidence of every airline flight paid for and every rental car rented and every friendship fizzled and every relationship begun and every minute of every phone bill, which months were the talkative ones and which were silent. To-do lists and motivational speeches (I will not eat cheese, I will not eat cheese) and calendars carefully plotted out in longhand, all passing through my hands as I shred them away and clear out space for the new memories, for the next 5 years, for the statements to come and the letters yet to be received.

And I wonder what the hell it's all about on this Thursday in mid-April, a small silly Thursday among Thursdays when everything feels bigger and softer and sadder and more serious than before.

And suddenly my shredder bites the dust, plugged up with the remnants of an old United Airlines itinerary (Baltimore via Omaha), and it sits here to my right smelling of overheating and exhaustion, and Sondre sings on, "I'll be ok," in an endless circle, and the sirens blow by outside and the breeze wafts in through the corner window and I think to myself, this is what it's all about, I guess, yeah; the last week of baseball and sunshine and beer and parks and work and cocktails and all of it, that's what it's about too, but it's equally the lasagna and the tattered grey pants and the stock slowly wilting in its vase on the coffee table as the pungent scent of dying flowers threatens to overtake the room.

And the revelations hit when you least expect them, over coffee and Norwegian pop singers. And the phone rings and I let it go and Sondre sings again that "my hands are shaking from carrying this torch for you" and I run across old emails thrown carelessly into files from men who never knew they mattered, and I marvel with some vague sorrow at the wistful realization that they don't matter; they did for a hot moment, maybe, and they don't anymore, and how sad and yet inevitable that now they, too, go into the shredder, emotionless, along with the to-do lists and the cell phone bills.

And I wonder if I'll be here in 5 years doing the same thing, or if the Big One will have hit by then, because you know the papers and their apocalyptic predictions are calling it a 99.7% chance of happening in the next thirty years, and will I feel it?, or will I be long gone, on a ranch in Idaho somewhere digging for beets on my knees, or teaching yoga in Paris, or chanting at an ashram in India?

Maybe I will be here, if the rent doesn’t skyrocket; maybe the earth will open up one nondescript spring Thursday afternoon, cracking there, rippling right in front of my creeping crow’s feet and greying hair, and I'll just fall in and swim in the molten heat, and that'll be the end of it, and someone else can shred the mementos sitting in my 1915 Edwardian, or what's left of it, whatever doesn't burn in the fires that will surely envelop the City. And they'll see the remnants of a life, the medical bills and the letters and the Christmas cards and the secret saved emails, and they'll glimpse a person, or two dimensions of one, and that will be it.

And the shredder cools off; and Sondre sings along to the hum of the motor, and more life is cut into pieces.
Labels: existential rambling stream of consciousness