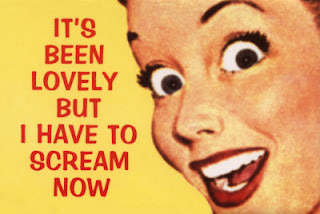 There is a line.

You may not believe it's there, what with all the talk of raw veggies and prana and yoga and lefty politics and shit, but indeed, there is a line, believe it or not, at which point the hippy-dippy California crap stops me in my tracks and I say: that's it. No more. Cut the crap. Cease the wankity wankity wank.

Elizabeth Gilbert's Eat, Pray, Love crossed it. The names of the dishes at Cafe Gratitude ("I am fulfilled," "I am radiant," "I am renewed") cross it. And Sandy Lawrence and her buzzed-about new restaurant-slash-yoga-studio, Ubuntu, have crossed it. Have leapt over it, bounded across it, left even this nice open-minded California girl in the dust on the way.

This new restaurant opened recently on Main Street in Napa. It's garnered immediate raves from both Michael Bauer of the SF Chronicle (included in his Top 100 list) and Frank Bruni of the NYT (as the 2nd hottest new restaurant in the country). No small praise here, folks. The basic conceit is that this space is shared by both a progressive vegetarian restaurant and a yoga studio. Ok. And they do all the things you're supposed to do when you're a hot new restaurant in the Bay Area: function as consciously "green," use local biodynamically farmed ingredients, encourage the employees to walk or bike to work, blah blah blah. A little self-consciously noble, but whatevs; I can forgive that vague smugness in deference to the good intentions at work here. And in reading about this Ubuntu place, I've been intending to hit it up the next time I head north; the veggie-yoga combo seemed pretty perfectly suited to my interests, and I figured I'd sate my curiosity by checking it out.

But then this feature appeared in the Chron over the weekend, a cheesy lifestyle piece on Ubuntu owner Sandy Lawrence and her brand-new home (read: estate) in Napa. It reads like a piece of fawning elitist tripe. Leaves a bad taste in your mouth like you wouldn't believe. And sort of crystallizes every unspoken discomfort I have with the whole yoga-veggie-mindfulness lifestyle that Lawrence (and yours truly) espouse.

Here's this corporate honcho who's clearly rolling in dough who sells out of the 9-to-5 lifestyle to "downsize" to a 3100 sq foot custom-built home in Napa with its own wine cellar, guest quarters (!!!), yoga studio, and swimming pool. And 33 doors. Did you catch the part about 33 doors? Read the damn article. It's immensely annoying. This woman pretending to have this simple, mindful lifestyle in a home that is so utterly excessive and that seems unsustainable in many ways. The reporter makes a huge deal about the fact that the walls are made of soil (to paraphrase too reductively), but jeez - at least give us some interesting content on the nuts and bolts of making the whole thing happen, what with electricity and building codes and earthquake preparations taken into account, instead of this ridiculous gushing article about a woman who happens to have enough disposable income to pick up and buy nearly 100 acres in Napa, build a custom-made home, and open a wanky restaurant with the remaining dough.

I admire her intentions, I do, and I understand the desire to live the way she does, because it's terribly tempting to blanket yourself in material comfort while ostensibly embracing a mindful life; but some part of me feels sick to my stomach in reading this article, and in exploring the Ubuntu restaurant site. Is it liberal guilt? That Midwestern populist streak I got from my father? Discomfort with my own affluent lifestyle that I'm just projecting onto this Ms. Lawrence? I dunno. But I'm reminded of this constant struggle to reconcile the seeming narcissism of trying to live consciously with trying to engage in a kind of meaningful praxis in the world at the same time. And I'm not sure if the best way to do that is to build a pricey restaurant with an equally pricey yoga studio so that affluent white soccer moms can come drop a few bucks now and then and feel like they're doing something to help the planet by eating lavender-dusted almonds before their vinyasa flow class. It all feels vaguely misdirected. And shamefully removed from the realities of what goes on in Hunters Point, or the Tenderloin, or any of those other less-affluent corners of the same small Bay Area world.