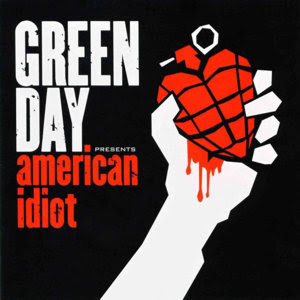 So last night I posted some random crap about a C-list celebrity and musings on another. Went to bed. Another day, another dollar.

Woke up this morning to 46 hits already, all before 8 am. Now, mind you, that is not normal. I have no pretensions about this blog thing. It's certainly not about any kind of, well, being read or anything. It's more about really, really hating the phone but being too far away from most of my old friends and family to really keep in touch decently so here's an alternative that doesn't involve actually ever having to have a conversation. Um, yeah. Sorry. So I usually get, say, 10 hits a day, 3 of whom are my siblings, the rest of whom are random college or high school friends here and there, with maybe a few little google search results for "in the nude" or "sunbathing raw" wherein people are undoubtedly directed to my site for the "raw" subject headings only to be sorely disappointed by the utter lack of nude ladies sunbathing topless. Whoops.

And I rather like that invisibility. No need for public exposure or whatever. So imagine my surprise to find the above-mentioned 46 hits by 8 am, and then some 80 by 4 pm, and now, at just nearly 7 pm, over 100 already for the day. WTF. Turns out somebody still living in 2006 googled a certain American Idol runner-up I mentioned ever-so-briefly yesterday and somehow hit my lowly little site. And promptly posted that shit on some Idol fan forum or other where apparently hundreds of other people with nothing better to do spend their workdays. Because holy shit. Little did I realize there were so many people in the Philippines who loooove Ms. McPhee. But apparently they do, because they're all trolling Idol sites following silly links to dinky little pages like mine.

Hilarious. And pretty freaky, actually. I'm hoping it slows down because I secretly feel waaay exposed - no one's really READING this thing, you know, just the sibs, and they don't count, right?! I will say, though, lesson learned about mentioning the random celebs who pass through my little watering hole. No need to pop up on random fan forums. And, um, apologies to any and all readers who came here hoping for dish on glorified karaoke singers and instead stumbled upon unedited ramblings about death and Joan Didion. Slightly different target audience. My bad.
Labels: holy shit technology wtf

Mariah said…
The siblings do too count! Thanks a bunch sis.

Anonymous said…
Look at you picking up all the little American Idol flotsam and jetsam! I, of course must fit the "American Idiot" description because I looked at the picture and thought, COOL! Rach served beer to Green Day. I thought perhaps your bar had been hit by semi-celebrity again...the reality is much funnier. :) The Phillipines, huh?
January 9, 2008 at 11:03:00 AM PST