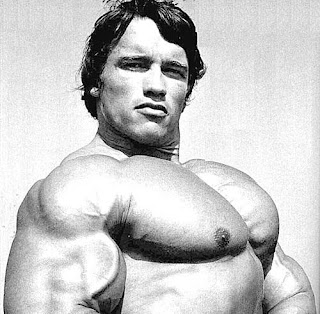 Ugh, this makes me sad.

Today's Sunday Chron had a feature (complete with massive anonymous torso) on the increasing trend for men to get pectoral implants. Yes, you read that right: just like breast implants, but for men. Sigh. Once again the vanity score is being evened. And once again I argue that if this is supposedly "progress," a la the whole metrosexual thing wherein it's more socially acceptable for men to be narcissistic and self-absorbed, well, I don't want any of it. And once again the cultural emphasis shifts from doing and being to being seen: subject to object, across the board.  Equal opportunity objectification. Ugh.

It sounds from the article that the trend is generally located in the gay community yet, but I imagine that, like men's facials and hair products and what-have-you, what gains ground in the margins will then make its way into the mainstream as definitions of contemporary masculinity continue to shift.

Moral of the story: skip the pec implants. Lift weights instead, or climb trees, or swim in the bay, or whatever it takes. Just do something real. At least then you won't have to worry about the implant shifting and showing up, er, in your belly or something.

(And do you think it's really true that you can't tell they're fake? I feel like, well, you'd be able to tell...)
More Men Turning To Implants For Chests of Gold  (SF Chron)
Labels: artificiality bodies masculinity