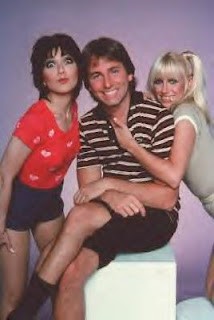 Threesomes (complicated). Triathlons (wanna do one). Triads (musical). "Two's company, three's a crowd" (feeling like a third wheel?). Tricycle (killer Buddhist magazine). The Trinity (and queering it - have you read any of the amazing shit out there about queering the Trinity and all the potentially wild and delicious sensual and destabilizing aspects of this? Check it, it'll blow yer mind). Three adjectives in a row (uncovering rhythms in my own writing style and trying to transcend them). We Three Kings (ok, not really, it just fit, and Christmas is coming). And tomorrow's the 3rd.

Anyway, in honor of threes, I give you three lists of three things currently rocking my world (that might rock yours): 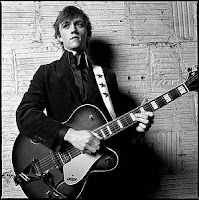 1) "Dan In Real Life." Piece of shit movie, mediocre, trite, complete with a middling performance by Steve Carell, bad writing, and strange casting (Dane Cook, anyone?), but saved by a luminous performance by the lovely Juliette Binoche. And a stellar soundtrack from Sondre Lerche featuring Regina Spektor and a surprise onscreen appearance to salvage what would otherwise be an annoying final wedding scene. A little happier in tone than the next two, but not gratingly so. A thinking person's pop album.

2) "Once." I wrote about this film back in August; Glen something or other from Ireland and Martina Irglova from the Czech Republic will rip your heart out, massage it, put it back in your chest and sew it up again with their harmonies. Plaintive, rustic, echoingly achingly real.

3) "Into the Wild." Likewise on this one, you know I loved the film. But the music deserves its own audience. Eddie Vedder. My god. Lyrics that provoke with a predictable heavy-handedness, but which never fail to speak to you nonetheless. Good for a listen alone.

Three Films You Should (or Shouldn't) See:

1) "What Would Jesus Buy?" Saw it last weekend and it delivered. Documentary a la Morgan Spurlock; exactly what you'd expect: highly critical of Wal-Mart and Best Buy and midwesterners who profess Christ as their dude but line up at 4 am to buy shit to fill up their empty souls. Loved it, you should see it, if only for the badass Rev Billy in his amazing peroxide pompadour filling up his vegetable oil bus with gasoline and praying for absolution.

2) "No Country For Old Men." Reeks of the desolate earthiness of the desert, of the Southwest, of the desperate malaise of the late 70s/early 80s and a Josh Brolin running from creepy Javier Bardem in a bizarro pageboy 'do blowing people's brains out with a cow anesthetizer. Wild shit, Tommy Lee Jones in another solid turn as a sheriff of few words, and the most satisfyingly unsatisfying ending of a film I've seen in awhile. Tommy Lee goes off on a dream he had about his father riding past him to start up a fire ahead and my whole being dissolves. And then the screen goes black in silence. God bless you, Coen brothers.

3) "Love In The Time Of Cholera." Oh, how my heart hurts for the betrayal of Marquez's exquisite book. The earthy sensual below-the-belt deliciousness of the book is altogether missing in this soulness hollow Mike Newell adaptation. The colors are beautiful, the costumes as well, and aesthetically, it's exactly what you'd expect; but the whole project feels empty, flat, and while the acting is fine, some of the aging make-up is a stretch for the imagination. But once again Javier Bardem pulls through with an honest, albeit not completely boundless, performance. He is definitely this fall's MVP in terms of cinema.

Three Random Things That Make It More Pleasant To Be Alive Right Now (in no particular order):

Bacon Dad said…
I wanna do a triathlon too, but I'm concerned about the swimming part. They run some small ones around here, including a tantalizing one at Lums Pond (south of Newark) involving a 500m swim, 35k ride, 5k run. I know I can run 5k, and I know I can ride 35k (although doing one after the other is a whole different delicious animal, I understand), but I honestly don't know if I can swim half a km. I think I can; I've always been a strong swimmer, but I was never on the swim team or anything so I just have no way to gauge how my body would respond to that. I don't want to win, or even finish in under 2 hours, I just want to know that I'm not going to drown. Yak?
December 4, 2007 at 10:58:00 AM PST