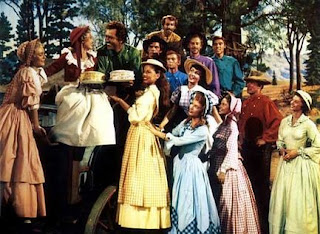 Hate to interrupt your holiday cheer by being all dark and nocturnal, but jesus: death is everywhere lately. Death, death, death. Maybe it's just me and it's a product of the year coming to a close so I'm feeling all sorts of pensive and existentialist and reflective as we watch Father Time churn by faster and faster, but jeez, do I feel like the whole theme of this last year, of the last few years, has been the Grim Reaper himself.

Woke up the morning after Christmas to the bizarro news of the tiger mauling at the SF Zoo, which I imagine you've all heard about as well, since it seems to be making headlines in the national media. Weird. Same tiger responsible for another attack last year, and yet, what a mystery as to how the hell it jumped a moat AND a wall to get to these young unsuspecting kids who were just out to the zoo for a little Christmas Day visit (or were they dangling their legs after all?), and yet, maybe this is also a lesson about how vastly selfish and inappropriate it is to keep wild beasts locked up in misery for our own viewing pleasure. It's weirdly barbaric. I mean, have you been reading the recaps here? Cops and guns and tigers roaming the dark corners of the zoo and a lockdown and a swipe at this kid's artery and bam, jugular hit, he's dead. At 17. At the zoo. In a major urban center of the Western world. WTF.

So there's that. And then you've got news of the death over the weekend of Tony-winning choreographer Michael Kidd, perhaps most famous for his dazzling work on the movie version of that old classic of progressive musical theater gender roles, Seven Brides For Seven Brothers. My sisters and I grew up loving this shit (Gideon, hello! Benjamin, dreamy. Howard Keel voice, to die for. And who didn't wanna be Milly? And - "Dorcas?" Really??). Anyway, we watched it all the time and I have no doubt that our interest in musical theater was shaped at an early age by the unforgettable dance scenes (barn-raising, anyone?) Kidd developed for that film. The sheer athleticism and grace of his choreography was formidable. And somehow we managed to wind up with progressive feminist sensibilities in spite of the, um, repeated viewings of "Bless Yore Beautiful Hide."

And another good friend just lost his father on, gulp, Christmas Eve. I was sitting in this beautiful incense-filled Grace Cathedral at Midnight Mass, packed standing-room-only with people and ringing with angelic hymns and a full orchestra wailing away on the Christmas classics when I got his text message with that news. And it felt, well, weirdly appropriate to be sitting there in the midst of all that life and yet reminded how death is always around the corner. Maybe it's appropriate to have all these deaths smacking us in the face so we don't take for granted that a new year is turning and we're still around for it. And especially in the midst of all the twinkling lights and the cheesy music and the champagne and the celebration, I can't help but find it all tinged with a certain blue-grey heaviness.

Anonymous said…
Somehow we were also unaffected by the June bride song. ;-) Speaking of Russ Tamblyn aka Gideon, I caught this on the radio recently, listen if you have time: http://www.npr.org/templates/story/story.php?storyId=14732874
b
p.s. your labels crack me up
December 31, 2007 at 10:34:00 AM PST

Becca Ann said…
So a Tiger at the Memphis zoo attacked a dog yesterday...which isn't as horrible a person but interesting none the less.