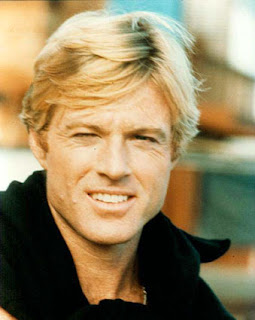 I've always had a weakness for Robert Redford (even in that disastrous 1970s Gatsby film adaptation with a simpering Mia Farrow), but now I am officially enraptured.

Redford's "Lions for Lambs" had a big press junket in the City last week, followed by a viewing in Berkeley at the Shattuck Theaters that night. The Sunday Chron had a sharp piece on the film itself, which sounds like a smart political turn in the vein of some of Redford's past social commentary work. The article expounds on all the other reasons he is the dreamiest 71-year-old around, including (but not limited to) his political activism, his "boyishly gorgeous" good looks (have you SEEN his early work? *swoon*), his groundbreaking support of independent media and the arts via the Sundance foundation, his status as a consummate Westerner, and his rumpled professorial demeanor.

I challenge you not to find yourself sighing with amor.