Raw, idiom: 14 a. in the natural, uncultivated, or unrefined state: nature in the raw. 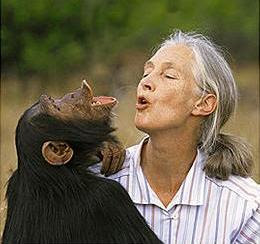 Been awhile. Crazy-ass week. Nebraska, back home to SF, and a second weekend of performances before finally closing the show last night and catching a friend's after that. I haven't written in weeks, book-wise. Ask me to sing a song, though, and I'll have something for ya.

So, yesterday's show was a matinee, which meant, of course, call at 1 o'clock, and singing in the middle of the day instead of in the evening. Much harder to warm up for, especially when you haven't been speaking all day. I woke up early and hit a yoga class, and then decided I'd head up the hill and pop in to Grace Cathedral for a quick service to squeeze in a little singing before heading to the show.

I huffed and puffed my way up Nob Hill and stepped, flushed, into the Cathedral a few minutes to 11. The first thing I saw on walking in was this mammoth dog smack in front of me. We're talking an elephantine golden retriever-type (I don't know dogs, sorry) that looked - seriously - like a blond bison. Huge. Figured it was a seeing eye dog, but was surprised by its size.

Suddenly I realize that the whole Cathedral is full of animals. There are dudes walking around with parakeets chirping on both shoulders, cats slinking around, and dogs everywhere you turn. The Cathedral, which is usually half-full at best on Sundays, is jam-packed like on Easter Sunday - I only manage to squeeze in a little edge of a pew behind a big cement pillar, thinking "What the hell is going on?!?" in the midst of the cheeps and the barks and the growls.

Turns out Oct. 7th is the Feast of St. Francis, a.k.a. the Blessing of the Beasts. So all the pet owners in the vicinity have brought their pets to be blessed by the Dean and his cronies in vestments. As they process in, I look to my right where a small birdlike woman with long grey hair and a vibrant orange pashmina wrapped around her shoulders stops the liturgical procession to lean down and pet said Bison Dog from earlier. I think to myself, "Come on, lady; you're holding up the procession. Let's go."

The service starts and I open my bulletin to check out the action. And, voila: the little birdlike woman? She's Dr. Jane Goodall, conservationist and primatologist extraordinaire, and she's giving the sermon. Now I understand why the Cathedral is so packed. This tiny British chimp lady is a veritable icon.

Her sermon itself was exactly what you'd expect: ecumenical, mindful, socially aware, politically progressive, and leavened with charm. She threatened to do chimp noises. (I wish she would've!) She drew on wisdom traditions from all over the world - Judaism, Native American spirituality, Hinduism, Buddhism - to shape a call for greater environmental and animal rights ethics, accompanied by the chorus of cheeps and barks from the little guys in the pews. It was a pretty sweet way to start the day. I left renewed, unexpectedly so.

This is why I live in San Francisco. Because I can stumble up the hill hoping to squeeze in a few hymns before a performance, and end up in a veritable Doctor Doolittle world of pets and blessings and an icon right there next to me leaning down to give a big ol' dog a belly rub. And then slip back out into the sunshine and the day and be on my way, as the rest of the City keeps whirling around me.