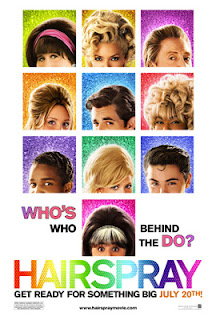 Ok. Catching up on the world after a whirlwind weekend spent hiking in the Presidio and eating garlic and road-tripping around Napa and Sonoma. We had loads of great adventures (pics to come at some point), but after a 4:30 am drive to the airport this morning, it's good to sit in front of my computer and just catch up again and be quiet.

Read this Anna Quindlen piece earlier today and if you are at all interested in a mindful look at the whole abortion debacle, it's worth a few minutes of yer time. Quindlen's shit sometimes annoys me - too "mommy-lit" style - but others of her work are consistently stellar. And this is one of them. Go here - "How Much Jail Time?" - for a sharp look at the question, "If we do criminalize abortion per the anti-choicers' whims, how should women who have abortions be punished?" Click on the link she provides and you can watch the video. The dude behind this YouTube video asks brainwashed Illinois abortion protestors this question and you can see the wheels in their heads cranking as they desperately try to respond with an answer to something they've never even given thought to, even though some of them claim to have been doing this protesting for 5 years and more. Um, remind me never to move to Libertyville, Illinois. UGH.

There's buzz about Chelsea on the campaign circuit, courtesy of the Times. "Primed for a Second Stint as First Daughter" I've always been somewhat interested in the whole Chelsea factor, as she and I are nearly the same age, and I could only imagine what it was like to be a teenager in the miserable public eye the way she was. Anyway, it's an interesting thought, this whole second-time First Daughter thing. Though I'm feeling doubtful about Hillary's chances. Am pretty over the whole '08 thing at this point; sick of the onslaught of media coverage already, feeling inundated by the saturation from every angle. So much empty talking and very little of substance being said, as it's all projection at this point. I'm so sick of the prattling on about suits and hairstyles and campaign-sticker fonts. What is it about these people that they are still not cynical about politics by the time they hit middle-age? I'm having a hard time even caring anymore...it seems so much about egos and hubris and self-aggrandizement. Sigh.

Saw Hairspray over the weekend. Other than the fact that I was snoring at one point midway through (sorry, Travolta), it was overall enjoyable. A little pastel-perky for my tastes, but decently well-done. I was pleasantly surprised by the talent of that young kid, Zac something, in particular - and James Marsden, as well. Always nice when people come out of the woodwork to rock some musical theater skills. The newcomer Blonsky girl was fine, a little grating, but fine. All in all, it could've been a lot worse. Though it seems many reviewers are lamenting the loss of edge and grit from John Waters' first 1988 film version. Did you catch that Ricki Lake cameo late in the film?

And tomorrow is August 1st. Sigh. Where's the summer gone? I feel like there's so much to do and not enough time to do any of it. And the fog's rolled in now for the evening and it's cool again. And I'm going to settle in for a long night of writing. Have a copy of Warren Beatty's "Reds" sitting on my desk and can't wait to hit that later tonight. I do love me some hot commie filmmakers.