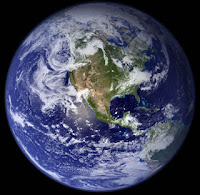 There's been a huge music and arts festival all weekend here in SF in honor of Earth Day - "Green Apple Arts & Music Festival" - and apparently it's got sister festivals in Chicago and NYC, too. Can't get much more sustainable than just sitting out in the sun and enjoying some tunes. This weekend pretty officially ushers in live music season in SF, which, well, rocks my world.

Been thinking a lot about cars lately; well, cars and transport and getting from here to there. There've been several killer auditions in the past few weeks, shows I've been drooling over and dreaming of doing for years now, and the unifying pain-in-the-ass factor has been the unsurmountable commute distance that keeps me from realistically being able to do them. An hour drive each way here, 45 minutes there, just far enough that a bus isn't realistic and the Tech Week commute would be disastrous. And I'm pretty much insanely frustrated by the fact that I could be doing these musicals if I just had a better means of getting there. As much as I lovelovelove my ability to amble around the City without a car, I'm feeling really stuck, and the itch to get back onstage just grows.

Enter CityCarShare, or Zipcar, or Flexcar. These car-sharing gigs are pretty sweet: pay a flat membership rate, have access to cars at many points around the City whenever you want to reserve one, and drop it off (gas and insurance included) when you're done. Brilliant. Sounds like this is finally hitting the States on the heels of consistent success in Europe, where of course people are much less tied to their cars as sources of masculine pride and/or excuses to sit on their asses. The Chron had an article on the whole growing industry a few months back, and it's worth a read.

I figure on Earth Day, what better than to look into ways to get rid of that gas guzzler and lighten up your tread on the planet a little, eh? And then be able to do that production of Beauty and the Beast over in Santa Rosa, while you're at it.
Labels: musicals nature